Welcome back to the Vectorium! I've had a great weekend of gaming and hobby related fun; D&D on Friday night, followed by a game of 40K on Saturday. I enjoyed the game so much it inspired me to paint another unit for the Death Guard; a fearsome Bloat Drone.

Dave's Emperors Spears faced off against the Death Guard in a 1500 point game. The marines deployed an all infantry force (which greatly outnumbered Nurgle's warriors) whilst I supplemented my 1000 point list with some additional units I wanted to try out:

Oh my goodness the Bloat Drone is amazing; munching his way way through a Combat Squad of Incursors before heading off to debuff a unit of Intercessors with Contagion to aid long range shooting.
In fact I enjoyed mowing Marines down so much it motivated me so much I decided to get the Drone painted in a single session! 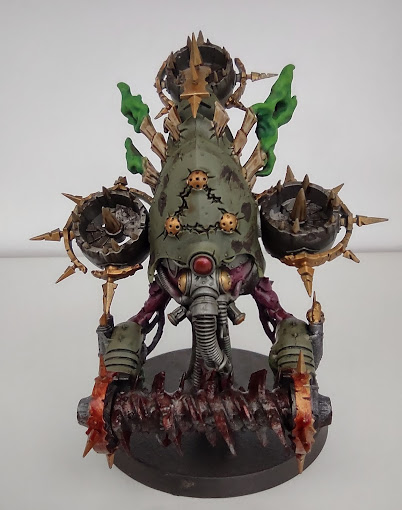 The Drone was relatively quick to paint, starting from a Death Guard Green zenithal over a black base. The mower itself was painted separately (which really helped with access to parts of the model) and is detachable.
I've also used an enamel wash (AK streaking grime) in place of the normal washes; I quite like the effect and it sits well next to my other Daemon Engines. 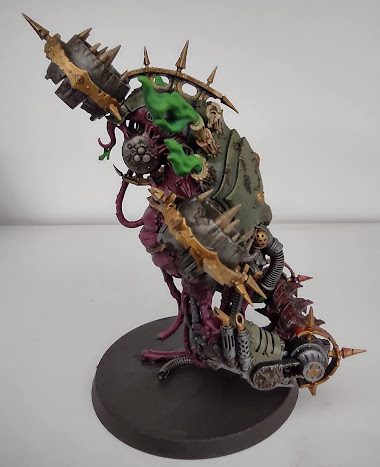 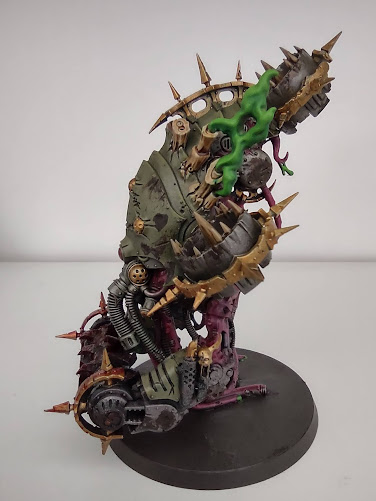 I've also started basing the Drone (there's a lovely coat of gloppy AK Mud now drying). I'm tempted to add a chopped up bit of Primaris or two painted in Spears colours as a trophy or two. 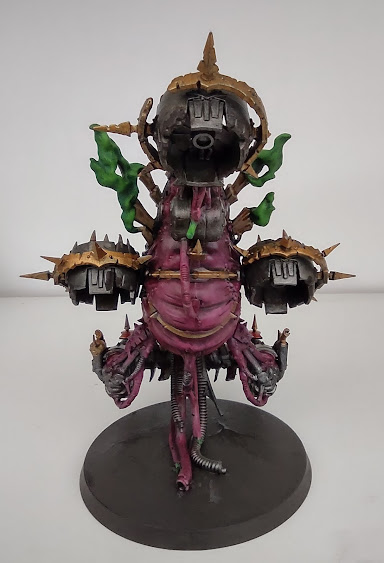 There's plenty more 40K coming up in the near future; I'm playing James's Death Watch next weekend, and then I'm taking a road trip to Warhammer World with a number of the First Founding regulars. I'll report back on the shenanigans!