Welcome back to the Vault my fellow Venturers! Every so often I like to take a step back from sharing the pictures of the minis I've been painting, and sharing cool stories from the games I've played to reflect on why we engage in these hobbies.

I had the great fortune to spend some time with Dave G over the weekend, and we caught up on all things 40K related, our latest painting projects and what we are looking forward to in the future. We are scheduling a game of 40K (the first table top outing for my Death Guard), and really looking forward to the opening of First Founding when lockdown finally buggers off. 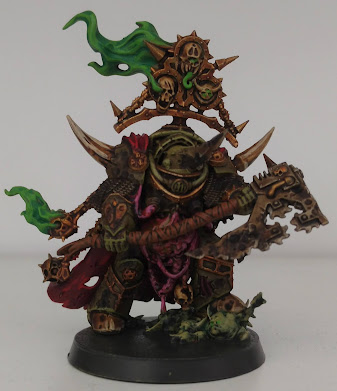 Welcome back to the Vault! Today's post is another "show and tell" as I've completed another 40K model. One of the joys of collecting a 40K force from one of the established factions in the lore is that many of them have "Special Characters"; the heroes and villains who participate in the myriad background stories that you can have join your models in the table top. There's also great satisfaction in generating your own characters as well of course (Colonel Staysback of the Cadian 82nd is widely regarded as one of the greatest if not the greatest heroes of the Imperium within my play group. Ahem.)

In fact Colonel Staysback reputation is so amazing that Lord Castellan Creed has decided to go on campaign with the 82nd to see what he can learn from the Colonel. 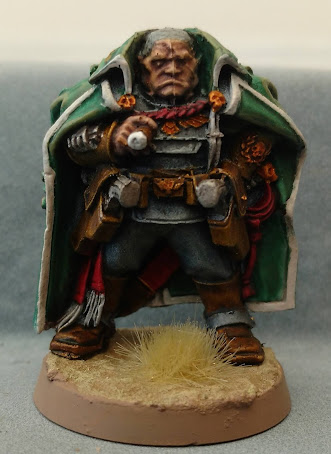 Welcome back to the Vault! I've had a wonderful few days of holiday, and I've indulged in some painting sessions. I mentioned in the last painting post that I wanted to work on some non-Death Guard models as I've got a bit jaded painting gold trim and grunge!

So first of the mini projects is the Twisted Fungi collection from Krakon Games. I'm a big fan of the quirky Krakon models, having backed a few of their Kickstarters (I selected these fun guys from the Sidhe/forest creatures project). 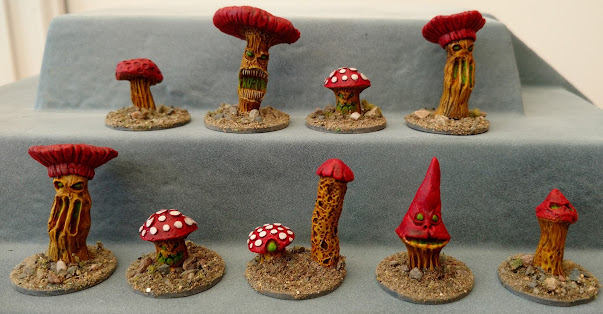 Welcome back to the Vault! I’ve mentioned in previous posts that I am currently playing a Circle of Wildfire Druid in a weekly Dungeons and Dragons 5E campaign, and I thought it would be fun to write a guide as to why and how I’m playing the character (primarily from a rules/mechanics point of view). I’m by no means stating this is the only way, or best way to play the spec, but rather how I’m using the options available to me.

I’m also not going to debate the merits of the Circle compared to the other Druid subclasses available; there are some good guides out there, and I’m assuming you are comfortable with the decision to play Wildfire. I’m also not getting into the whole “Unearthed Arcana version” vs “Tasha version” debate; Tasha’s is what we have as the final published version, and there’s no point crying over spilt milk.

Thematically a Wildfire Druid understands the natural cycle whereby destruction can be the precursor of creation; a forest fire can destroy existing vegetation yet also promotes later growth. This idea sits well with my character, Immerel, who having seen his previous home destroyed is now contemplating the health of the land in a more holistic manner (I’ve taken the option to re-spec from Circle of the Land to Circle of Wildfire). 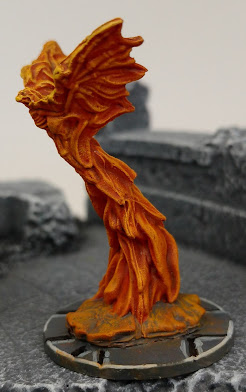