Today we venture deep into the cold, dark void of the 41st Millenium as the Space Sharks receive  further reinforcements, in the form of a Space Marine Captain.  Completing this model is something of an "achievement unlock" for me as it now means I have complete 1000 point Carcharodons Astra Battalion painted and based!

Here's Captain Smashy in all his glory: 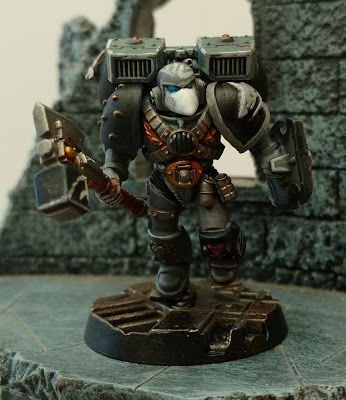 Having taken some time out to reflect on their victories and experiences the party decide to venture into Hearthsholme to sell some of their freshly acquired loot.

Sloane's new friend, the recently hatched lizard "Tank" causes something of a stir among the children within the town; "That's a funny looking dog!"

The characters visit Raene's hardware store and soon enter into negotiation with the store's owner; he his happy to buy their mundane goods and offers additional gold if the party if they take their funds in store credit (which they accept).

It seems Raene also trades in more unusual goods, usually selling them on through merchant contacts who trade with the bigger cities in the west. The party inquire if he has anything available; and he shows them an (allegedly) magic dagger, and a small potion pouch containing 3 unidentified potions.

Officio Assassinorum: Back In Black

Welcome back to the Vault my fellow Imperial Commanders! My hobby time has been practically non-existent this week, although I have managed to find a few minutes to flick through Vigilus Defiant (yes, I am late to the party on this book) and start plotting how to use some of the cool rules with my Space Sharks, and I've drafted a mission for the upcoming Mayhem tournament which should get a play test next week. More on both of those in future posts.

Today I'd like to share a painting tip I'd picked up from an online conversation; "washing in" colours. 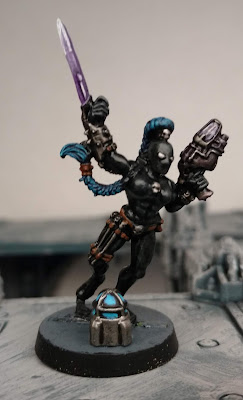 Time to Venture into the Vault once more. In today's post I'd like to look at some of the most feared units in Warhammer 40,000; the Imperial Assassins.  The Assassins have received a "mini Codex" in the latest White Dwarf magazine, and the killers have all received a number of buffs! All the Assassins tick the Rule of Cool for aesthetics and theme, but are they good enough Games Rules wise to see time on the table top?

Imperial Players now have an option to select an Assassin to add to their force during deployment for the measly sum of 1 CP and 85 reserve points, using the Operative Requisition Sanctioned Stratagem. This allows a canny player a lot of flexibility as you can now apply a level of tailoring to your opponent's force!

I don't intend to cover every rule and statistic for these models (there are plenty of reviews elsewhere on the interweb, plus go buy White Dwarf), but I thought it would be fun to muse on the rules that stick out to me. So let's have a look at the various Assassins, starting with the master marksman, the Vindicare! 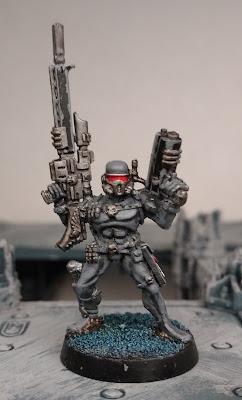 I must confess that when this boxed set was first announced I wasn't really that interested but having watched a couple of review and play through videos on YouTube my curiosity got the better of me and I decided to jump in.

Arena is pitched as a "competitive" variation of the Kill Team game, exchanging the usual 3D terrain  for a more "board game" like experience, with fixed symmetrical board layouts to promote a more balanced play set up (in theory the terrain set up does not favour one player over the other).

Arena contains four boards (representing different Kill Zones) and a number of terrain pieces, which should be built to specific configurations. I figured getting these pieces assembled and painted would be a fun project, and playing my first Arena game on a fully painted board will be a great reward.

Let's open the doors and see what goodies we've got! 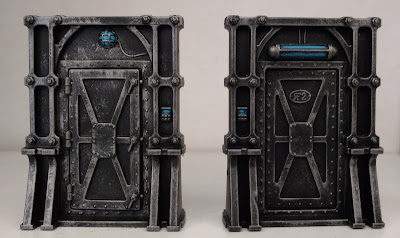