Welcome back to the Vault! Octoberfest beckons and I'm going to have to nail my list down. I think I've got the guts of the units selected and painted and I'm now fretting over the last few points and deciding if I want to invest any of my precious CP in Relics for my forces.

I thought it would be useful to do a review of the available Relics in a similar manner to the previous Warlord Traits post to help me narrow down my selections. 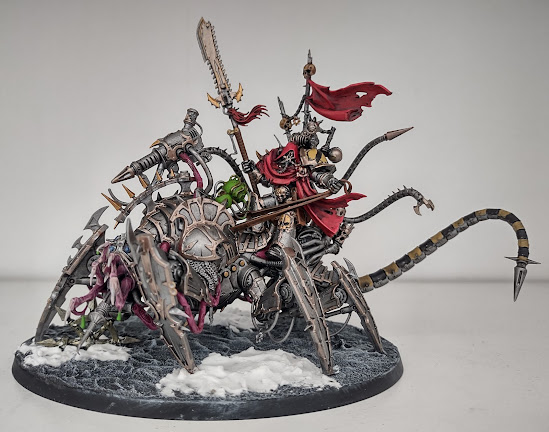 Welcome back to the Vault! I am on something of a hobby streak at the moment, having completed two more models for the mighty Iron Warriors over this weekend. Both are likely to make the final line up for Octoberfest (although I'm still procrastinating over my list!)

First up is the terrifying Master of Possession. 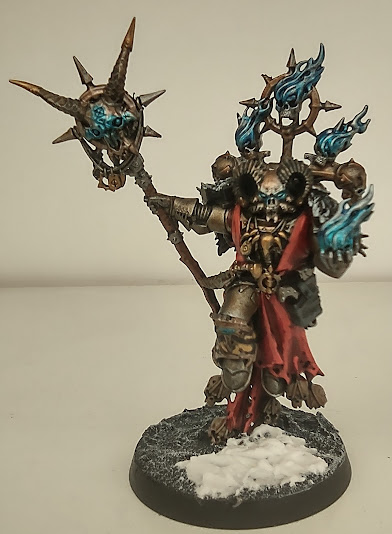 Welcome back to the Vault! My recent painting sessions have been focused on completing the ten Iron Warrior Terminators I started a few weeks ago. A final push over this weekend has seen them all completed and based.

I enjoyed painting them in the main (although batch painting can be a bit of a pain), and as suspected there was a lot of fun in painting up all the trophies. I've also experimented with a new paint which I'm quite pleased with as well. 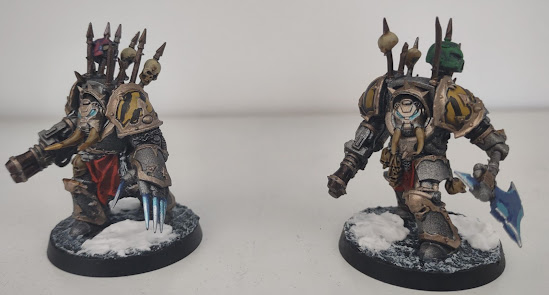 Welcome back to the Vault! My hobby time this week has been spent painting the Iron Warriors Terminators. I've almost completed the base coats and am looking forward to getting onto the washes and shading.

Octoberfest is a little over a month away and whilst the rules pack hasn't been published yet I do know the basics:

The last of these will be a challenge for me as I do like to spend some pre-game CP on Relics and Warlord Traits and these are curtailed under the Nephilim rules. Even the normally free first Warlord Trait and Relics cost CP (1 each), and you only start with 6 as opposed to the normal 12!

Let's have a look at the Warlord Traits available to the Iron Warriors and see if there are any worth investing our precious CP on! 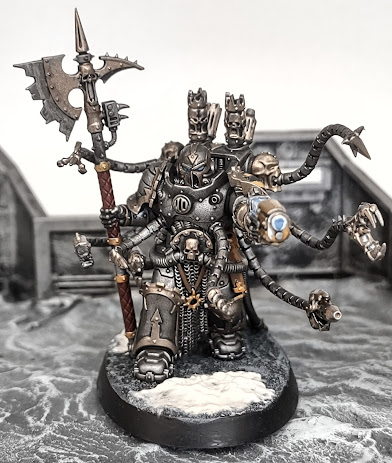 Welcome back to the Vault! I'm writing this post at the back end of a Bank Holiday weekend, and it's been a great opportunity to indulge in some Hobby Heresy with the Iron Warriors.

First up was a game against Tom's Guard and Inquisition mix at First Founding on Friday. Tom's a relatively new player to 9th edition and we had a great evening playing a Tempest of War mission and learning more of our respective army rules.

Saturday afternoon was spent facing off against Dave's Chaos Knights at Geek Retreat Sutton. This was our first visit to play at the store, and the staff made us very welcome setting up a table and showing interest in our game and models. 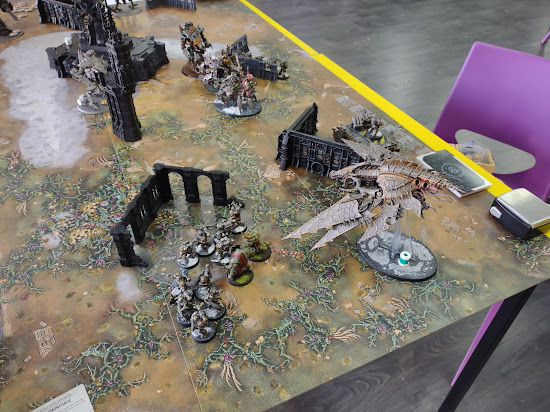 Warsmith's Words: All the Trimmings!

Welcome back to the Vault! The temperature has cooled enough recently that I've actually been tempted back into painting. The Iron Warrior collection is in bit of a funny state with far too many Heavy Support and Character choices painted up, and nothing for Elite and Fast Attack slots.

I've got plenty of choices in the Pile of Promise to resolve this however and I've decided to start on a unit of Terminators.

Welcome back to the Vault! The recent weather has been far too warm for painting models, but I have been spending some time assembling some models. If they are built I can play them, even if it's with committing the cardinal sin of unpainted models!

I've also had two games with the mighty Iron Warriors of the IV Legion. There's a lot to learn with a new codex, but I'm enjoying the army so far. My initial lists have centred around what's painted as opposed to what's competitive, but I'll change up the lists as I get more confident with the army.

I have four(!) units of Legionaries painted up; a lot of lists and reviews I've been reading about on the web seem to be minimising Troop choices and prioritising the cheaper Cultists, but I've got a definite lean towards the Power Armoured Spiky Boys as they are the iconic unit for the faction! (Besides if I want to run loads of chaff infantry I'll play my Guard).