The session begins with the characters advancing slowly through the long narrow chamber. This room differs from the previous caverns they have explored as it is obviously man made, though long disused. The party surmise it may have been used as a store room long ago.

Of more immediate interest are a set of horrific implements of torture; a rack, brazier, manacles and chains and so on. Footsteps in the dusty floor indicate that something has been moving through the chamber.

Nanny Ogg investigates the south eastern stairs; they descend a short way to a small antechamber and the door to a cell. The wizardess advances to the door only for it to spring open and a horrific undead creature to burst out and attempt to pounce on her! 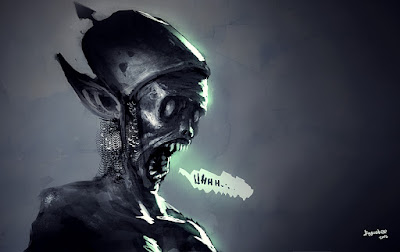 The Carcharodons Astra have returned from the depths of the Void to receive welcome reinforcements in their unending war against the Xeno and the Heretic. Today the Space Sharks welcome the first of their Primaris brethren to their numbers.

I've enjoyed some hobby time recently both painting up some of the new Primaris Marines and using them in a Kill Team evening at First Founding.

First up is the Intercessor Sarge: 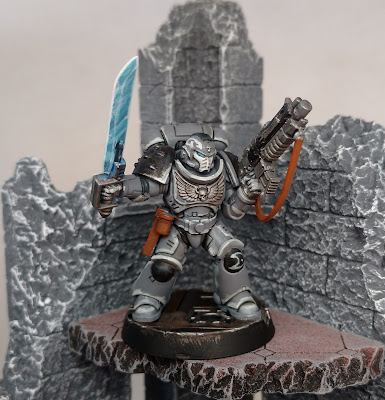 Welcome back to the Vault my fellow Venturers!  Tonight's post combines two topics close to my hobby heart; terrain and the First Founding Games Club.

Our club is very lucky to have on site storage space for our gaming boards and terrain, and a load of scenery for our 40K tables (as you will see).  However a lot of the pieces are starting to suffer from their years of long service and the cramped conditions of the storage cupboard.  So a call to arms was issued to the 40K community and a number of the regulars gladly exchanged their armies and games for an evening of sorting, gluing and painting as part of our first Big Build.

First up, we pulled all the terrain from the cupboard. There was more than we realised:

Welcome to the Watch Fortress Commanders! I'm still riding a hobby high from last week's 40K Doubles Tournament and I've been building a load of 40K models in my spare time.  Long time readers will know I am something of a Power Armour Junkie, and so having enjoyed playing them in some doubles practice games I've been reinforcing my Deathwatch Marines!

I love the lore behind the Deathwatch; the Best of the Best, a thin black line defending Humanity against the danger of Xenos-kind. The Deathwatch recruit from many different Chapters and so the army present an opportunity to build and paint a bunch of different Space Marine styles.  Whilst I've done quite well in the "buy and build" category, I've utterly failed to paint any of my Deathwatch models. Until this weekend that is; I've painted a test model and I'm quite taken with the scheme! 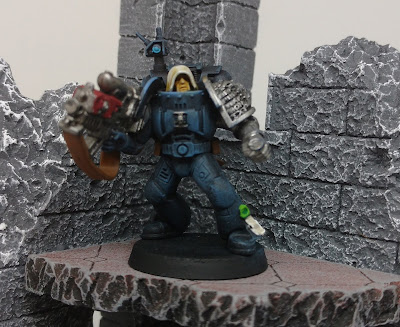 Welcome back to my dark corner of Commoragh, my fellow Archons! The Kabal of the Sand Viper went to war allied with the mysterious Ynari at the First Founding Doubles Tournament.  Whilst the dice of fate were somewhat cruel and fickle to us, my team mate and I both had a fun day at a well run event. 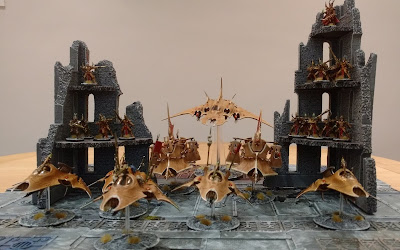