Welcome back to the Vectorium and what a week its been! First Founding re-opened on Friday and the I jumped at the opportunity to bring the Death Guard out to play. New recruit VC Firefly brought along Raven Guard successors and we passed an enjoyable few hours acquainting ourselves with the 9th edition rules. 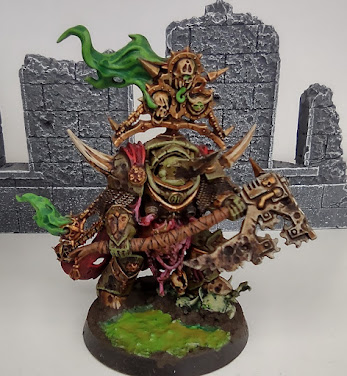 We agreed to play 1000 points, and it turns out I've painted just over a 1k worth of models. That made selecting my army really easy!
HQ: Malignant Plague Caster
Troops: 6 Plague Marines kitted with Plasma/Blight Launcher
Troops: 6 Plague Marines kitted with Plasma/Blight Launcher
Troops: 7 Plague Marines kitted with nasty choppy stuff
Fast Attack: Myphitic Blight Hauler
Heavy Support: Plague Burst Crawler
Transport: Rhino
I ran the Wretched Plague Company which allowed me to buff the Plague Caster with various toys.
The game itself was a simple "kill the enemy" affair to allow us to get used to turn order, moving, shooting, charging, etc. Many models died for our education and we both felt it was a useful way to get back into the swing of the game.
I've subsequently spent a few hours slapping some paint onto more Death Guard models. The first task was to base the models I'd previously finished; regular readers are aware of my preference to base models in bulk, and I'd decided to try something new out.
I use texture paint for most of my bases, and whilst the GW paints are OK they are relatively expensive, and the narrow pots make them awkward to use. So I've invested in a tub of AK Muddy Ground. This stuff is great; it's runnier that the GW paints which I find easier to work with both with a palette knife and brush. 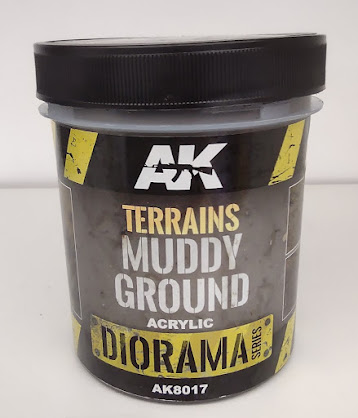 Once the texture paint was dry I painted the slime puddles. There's a case for drybrushing the texture paint but I figured the neon slime would add enough contrast to the bases!
In addition to the Lord I've based Big Ben and the Tallyman: 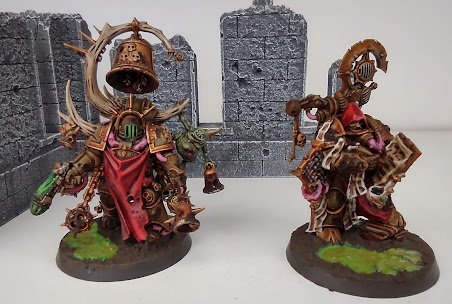 And the choppy unit of Plague Marines: 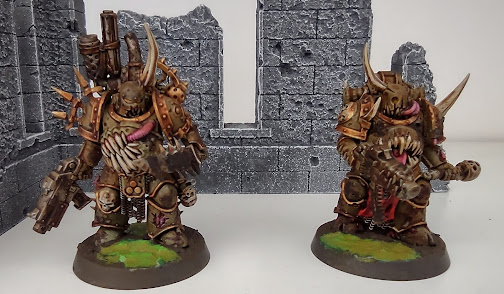 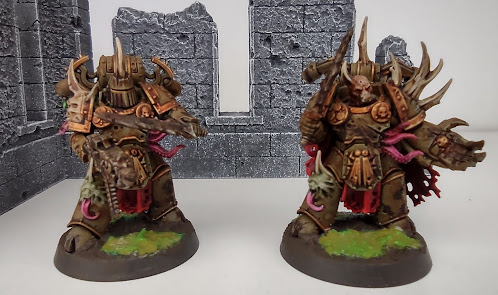 I haven't rested on my laurels with these chaps. I've also started the first unit of Blight Lord Terminators. Nothing particularly impressive at the moment as I'm just laying the base colours down:

I'm playing Dave G next week and the Death Guard will be back to spread more sickness. Of course I'll report back on the results!
Posted by Bryan P. at 19:47