Welcome back to the Vectorium! This week's hobby time has been spent on painting another addition to my growing Plague Marine force in the form of The Tallyman. He's another of the elite Foetid Virion support characters, providing buffs for the infantry units and potentially generating those lovely lovely Command Points. 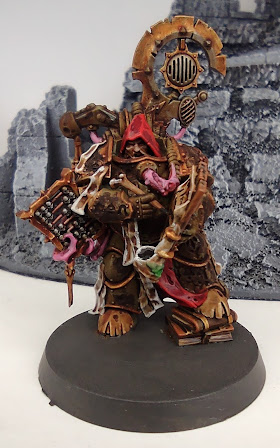 I'm enjoying painting these Character models; there's a lot of details which support the theme of each. In the case of the Tallyman he's got a massive speak to broadcast his litanies, much like a Space Marine Chaplain (and the lengthy purity seals on his armour are more than a touch ironic).

He's also got his abacus and clipboard, although originally intended for keeping track of the blessings Nurgle has distributed, I suspect he's been nominated to keep track of the myriad of Victory Points armies can earn in 9th edition! The ink pot made from a Plague Bearer skull is a fantastic touch. 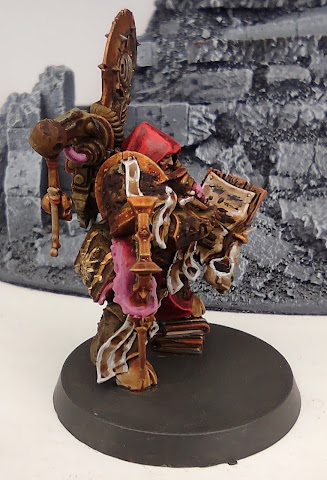 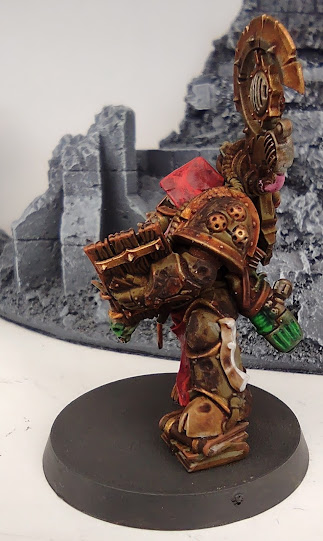 I've pretty much "followed the recipe" in terms of painting so the Tallyman fits in neatly alongside my other Plague Marines. I *am* tempted to paint the books on the ground in a different colour; my basing scheme is a muddy brown and so they may get lost. I could go with the same red I use for the cloth, but I'll think on it. 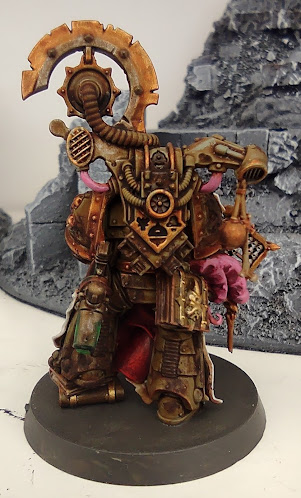 I need to start writing some army lists; I've got a game with Dave in a couple of weeks, and a gang of us have a road trip to Warhammer World planned for mid August and we are bound to play a game there. I'll draft some thoughts, and that will determine the next unit for the paint desk.