Welcome back to the Vectorium! Today's post celebrates another Death Guard milestone as I've now painted over 1500 points with the latest addition of a unit of Blightlord Terminators. Observant readers may have noticed them in the Warhammer World report, where they appeared in an unfinished state, but I've not got completed the last elements (helms and bases).

First up is the Plague Champion, armed with Combi Bolter and Axe. 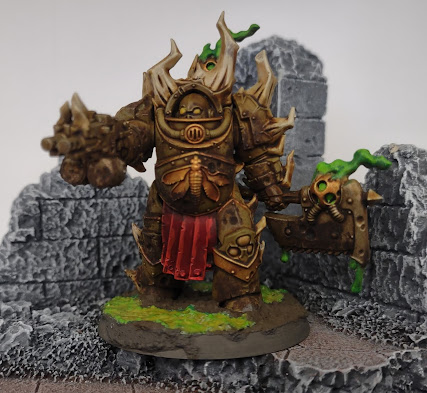 The Champion is actually one of the Tainted Cohort set, but I think he's got enough interesting stuff going on with the horns and smoking censers to warrant the promotion to unit leader. 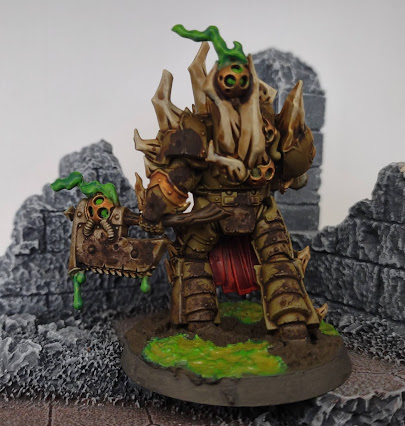 The second squad member is also armed with Combi Bolter and Bubotic Axe. I like the cracked helmet and rictus grin as he unleashes a volley of fire from his bolter. This is another model with an interesting back; that's a disgusting amount of organic growth (so much in fact that it's split the armour open)! 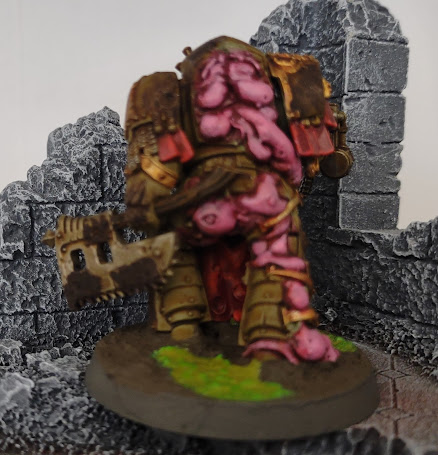 The next two models are armed with Combi Bolters and Plague Swords. Apologies for the fuzzy shot of the front of the first Termie: 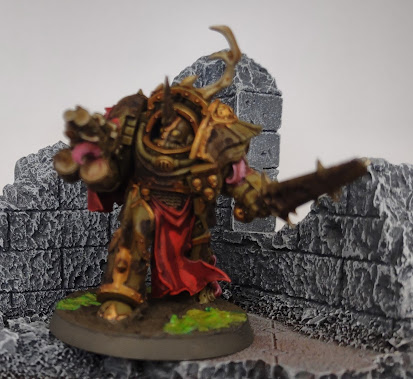 The rear shot is much better, showing off his lovely collection of facial trophies. 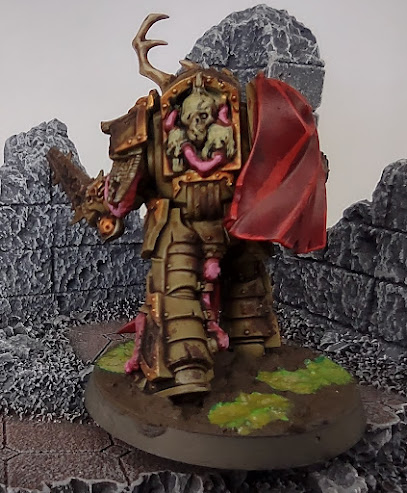 The next model has a very insect-like vibe about it with the horrendously extended abdomen, and pair of extra arms! Shades of The Fly perhaps? 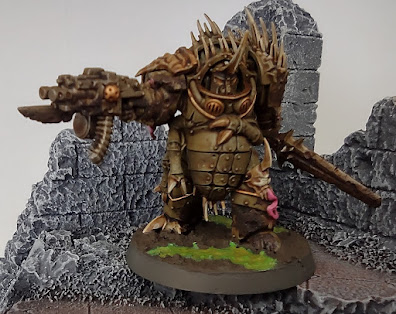 The rear of this model has had some light conversion work. The two tentacles have been made from green stuff using the roller tool I mentioned the Infected Rhino post. They've taken the paint very well. 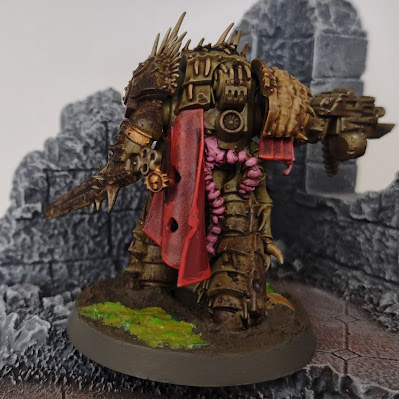 The last squad member is carrying a massive Plague Flail. This looks amazing and has the bonus of being very effective on the table top. 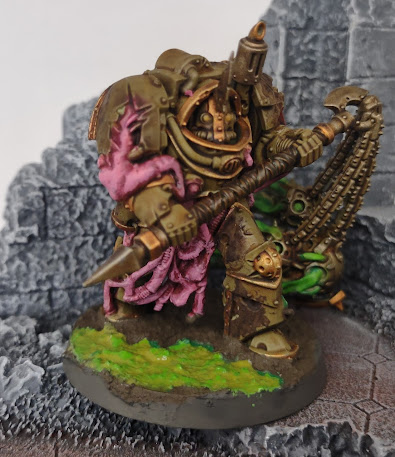 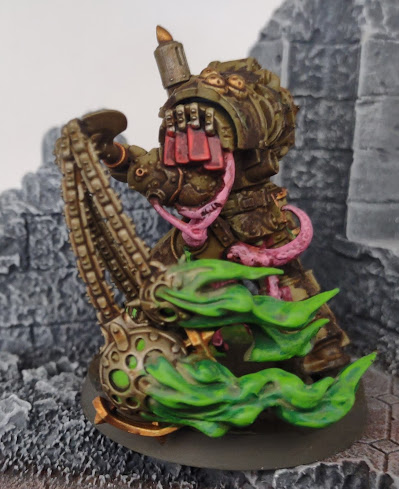 I'm pleased with how the unit is looking and getting them onto the table top for some more games. They are set up as a fairly jack of all trades squad and in prior games they've been used to deep strike and bully the opponent's home objective defenders.
I have more Blightlord Terminators to paint (including some heavy weapons) but these will wait for the time being. I have a 2000 points list written called "Icons of Nurgle" (the idea being it contains most if not all of the iconic Death Guard units rather than spamming one or two over and over). To complete the list I'll add:
With the Lord of Contagion (already painted) I can then expand the list to a Battalion.
I love the look of the Deathshroud Termies, but I'm not a fan of the Poxwalkers. I'm going to grit my teeth and paint those first.
Posted by Bryan P. at 19:27