Welcome back to the Vectorium! I've taken advantage of my weeks holiday to paint up the next unit for the Death Guard; a batch of Poxwalkers. I have to confess I was not looking forward to painting these but I actually found the process enjoyable.

Painting the models allowed me to examine the sculpts in more detail and they've grown on me (like a Nurgley rash); there's quite a lot of character to them, and not an overly insane amount of detail for what is ultimately a chaff unit. 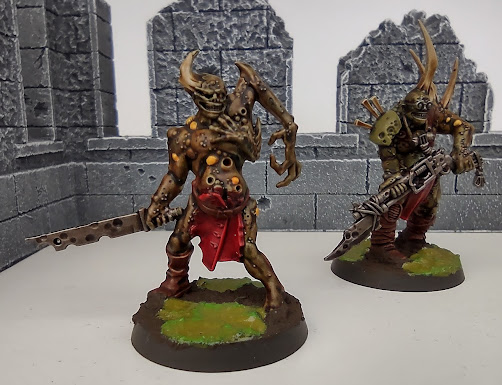 These have been painted primarily with Contrast paints and washes, etc. for the flesh, tentacles, bones and cloth. The flesh is a layer of Militarum Green with a layer of Guilleman Flesh over the top once dry; this gives a lovely sickly tone.

I've used Leadbelcher for the metallics and Mournfang Brown for the belts, pouches and wooden bits. 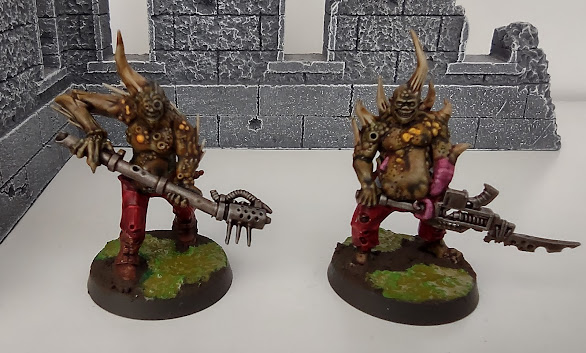 I've then used the brighter colours for the pustules and tentacles to celebrate the joy of Nurgley-goodness! 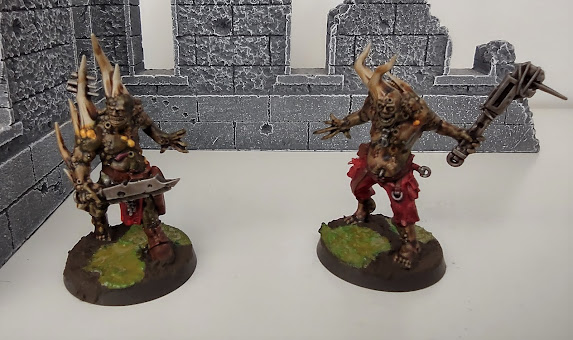 I quite like the leadery-type in the trenchcoat which is a bit of a nod to the ex-Commissar Cultist models from the old box set. 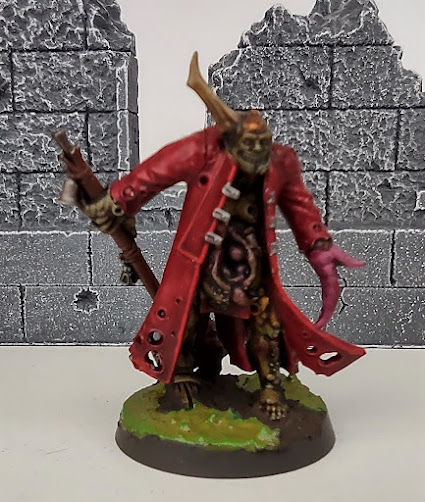 I enjoyed painting the plague zombies enough that I can contemplate painting more; may be not a full on undead horde (although that would look cool on the table top), but certainly a couple more units.

I visited First Founding on Friday evening and played a game against Pete's Tyranid list. This ended up in a loss for the Death Guard (boo), but did teach me a few things. I'm now tweaking the list and will endeavour to get some more games in before Octoberfest early next month. I'll post about the tournament preparation in the run up to the event.