Welcome back to the Vectorium! Octoberfest is approaching fast and the Death Guard are mustering for war! I thought it would be fun to create some themed Objective Markers to use at the event. The Death Guard have a secondary objective called "Spread the Sickness" which thematically involves corrupting objectives so what could be more appropriate than some pools of filth and nurgley grossness!

First up are the chewed up remains of an Emperor's Spear and some sort of larva emerging from the pool having feasted upon the yummy marine bits nearby.

So the first couple of markers are "tributes" to regular opponents of mine. Here's the remnants of a poor Deathwatch Veteran: 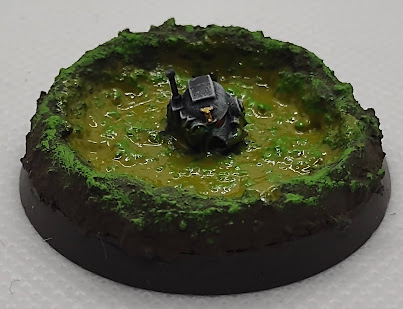 The Objective Markers are simple to make: the crater rims are formed out of a Milliput "sausage" shaped into a circle and then sloped on either side. AK Interactive "Muddy Ground" is then liberally applied to give the texture (after priming!)
Next up are a corroded supply crate and an infected piece of Imperial Iconography. 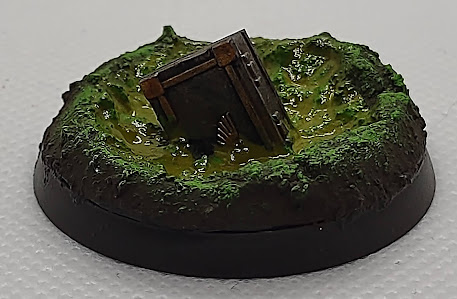 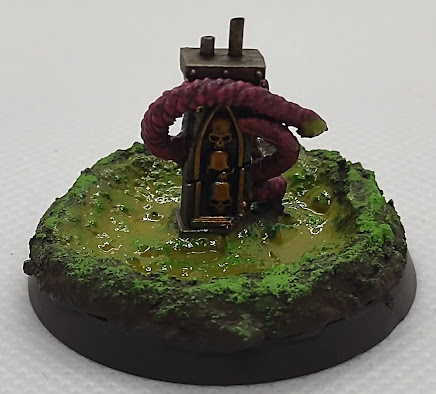 The tentacles are the results of my experiments with the Green Stuff World roller. I've used a few more on the wrecked Knight face plate: 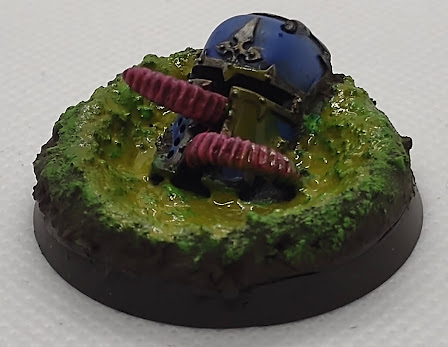 I'm not quite sure what the last one is meant to be. I think the blob was a piece of basing material from one of the Death Guard kits. It could be a baby Spawn just waiting to pop, or just a nasty lump of Cancer. Regardless Nurgle wants to score VP from it! 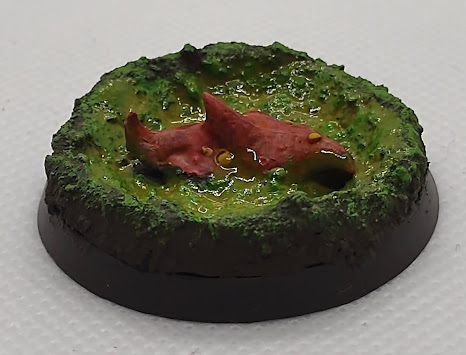 Or possibly a turd dropped by a Great Unclean One. Which I hope is just coincidence as the wooden spoon trophy for this year's Octoberfest is a Golden Poo! Let's hope it's not an Omen! 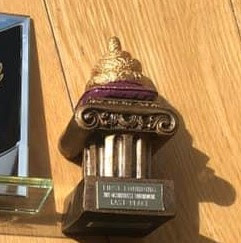 I've still fine tuning my army list and there are a few changes I'd like to try out. I'll summarise my thoughts about those in a future post.
Posted by Bryan P. at 20:15