Welcome back to the Vault! I'm riding the wave of motivation post the Casual Serious RTT. I've got some ideas for new lists/tweaks to try out, but the imminent release of Chapter Approved with a series of points changes and modifications to army building rules may put a crimp in some of those.

Something more certain however is the need to base my Interceptors! I've got a few other models also in need of basing so I've tackled them all as a batch. 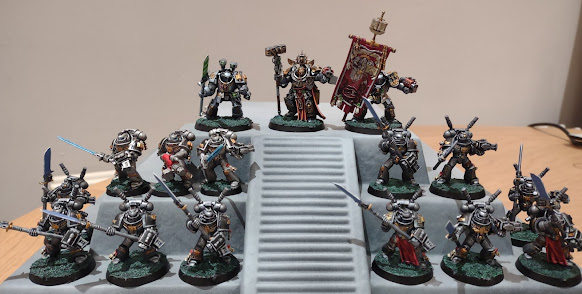 The basing scheme is pretty simple, but a bit of a pain; hence the desire to tackle them as a batch.

This is close to the Lord of the Rings "Army of the Dead" paint scheme and works well on areas with a lot of texture. I quite like how it looks but I've fallen out of love with the GW texture paints recently; it's a pain to get out of the narrow necked bottles. I've been using AK Interactive mud on my Death Guard which comes in a larger pot which is easier to access and a *lot* cheaper. 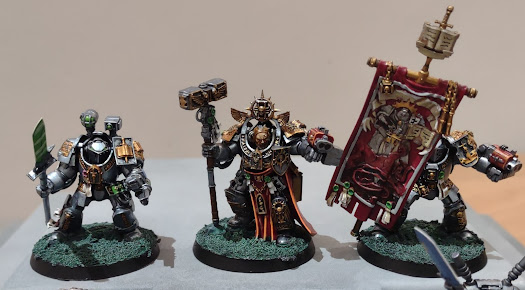 The new Chapter Approved army building rules locks lists into single subfactions (so for Grey Knights this means a single <Brotherhood>). This won't affect me; I only run a single Brotherhood  so I'm not hit by the HQ Grandmaster Dread Knight nerf (you can only run one per Brotherhood). 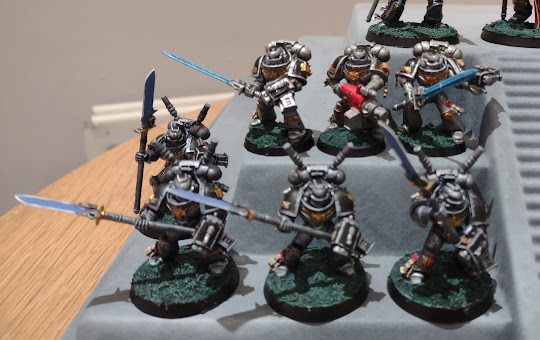 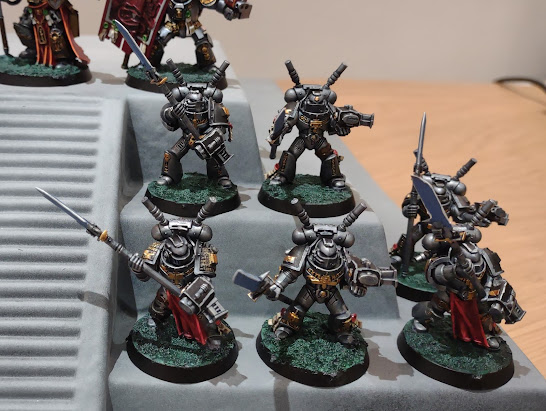 Lots to sort out before the next game, and I've got a doubles list to sort as well. Looks like there's a lot of 40K on the horizon; stay tuned to see how it turns out.