The Hero Forge: A Haemonculus Awakens

Welcome back to the Webway! With Octoberfest now behind me it's time to work on some new projects. I've been building some Necron models from the Indomitus box and the various kits arriving with the Imperium magazine, but really decided I needed to knuckle down and begin on The Hero Forge challenge.

As I've mentioned previously this is build/paint challenge that a number of the First Founding members are participating in; it involves creating a new Warlord model, complete with fluff, chosen relic/warlord trait, etc. and then a 1000 point supporting force.

I'm using this as an opportunity to work on a back log of Dark Eldar Coven models. First up is the erstwhile leader: a Haeomonculus. 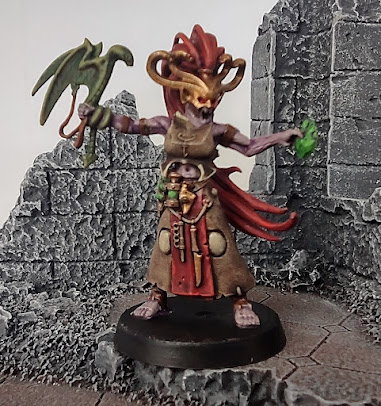 The model is a relatively simple kit bash made up from left over Wrack/Melusai bits from my Grotesques project (which are also in scope for this project to be painted)!

I haven't decided on the Relic and Warlord Trait; when I built the model I was leaning into The Vexator Mask (aka the you fight last face), and this still looks very good in 9th edition on paper. 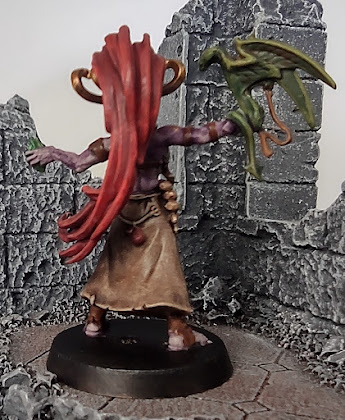 Overall I'm pretty happy with the model. As per usual on these multi-unit projects, I'll save basing until I've got a number of models complete and then sort the bases as a batch.

I've also started work on the first supporting unit: a very creepy looking Cronos engine! Still very much work in progress but I like the direction it's going in, particularly the metallic red shell. 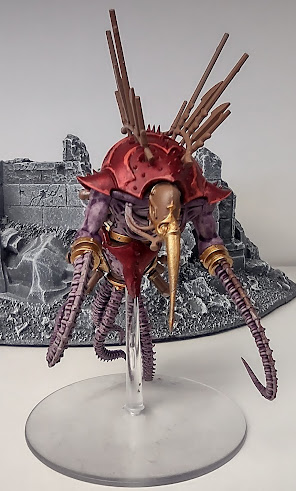 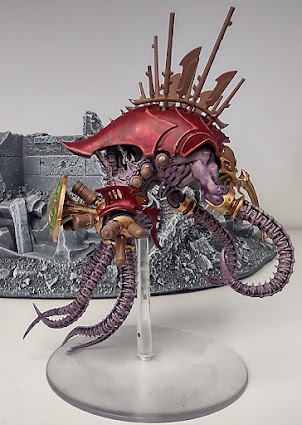 I've had some company for one of the painting sessions; our family cat Maisie has decided that the new Tabletop Tyrant figure case makes a wonderful place to sleep; luckily there wasn't any damage to the models in it! 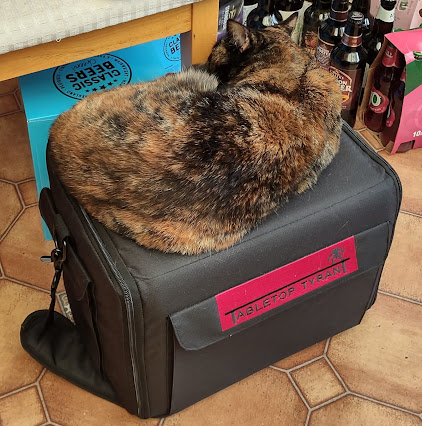 I've also celebrated my birthday this week, and was lucky to receive some new models. I'll share these in a future post as these will support another project (oh no, what have you done now Varchilde!!!)
Posted by Bryan P. at 16:10