Welcome back to the Vault! Last weekend saw the return of Octoberfest; First Founding's annual autumn 40K tournament. This was the first club 40K event post lockdown, and 28 eager gamers turned up at the hall keen to move models and roll dice.

I piloted my Death Guard Highlander list in a series of three games; all Chapter Approved Missions, but with a twist that each player had to take the (usually optional) mission specific secondary objectives.

I remembered my models, dice, rules and all the gaming gubbins, but forgot my phone! Luckily Duncan had his camera in the car and let me use it to take a some pictures during the day. How did I get on? Well let's see if the Tallyman kept notes... 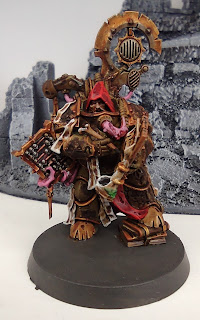 Game 1 (Scorched Earth) was against Mike's Speed Freak Orks. The new Ork codex is really strong, and can bring the tools to play the 9th ed missions; quick to get on objectives, supported by strong shooting and melee. 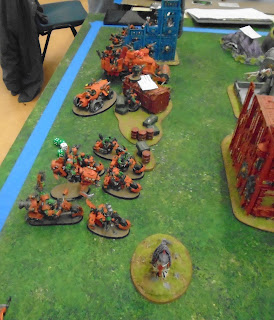 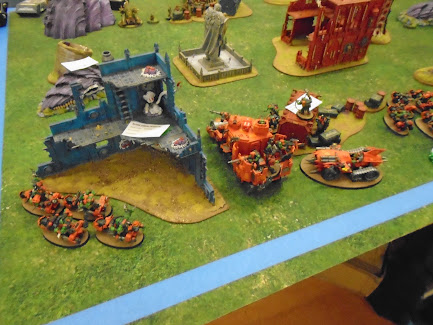 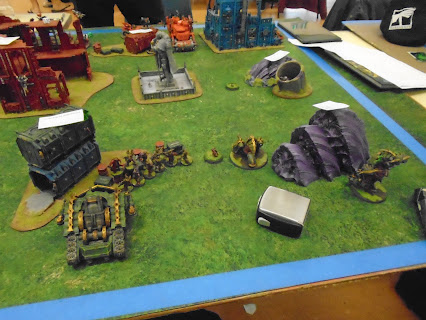 We had a lot of fun during the game, but ultimately the Orks dominated the table and took a clear win. The Death Guard did exhibit some of their strength; shooting down the Ork flyer with the Blight Spawn's poo cannon was a surprise, and Stuart claimed another scalp, downing a Warboss in combat (OK technically it was a multi melta to the face...)
Game 2 (Overrun) was against Andy's Raven Guard Successors. So I made a really dumb mistake really early on and left an Objective in my deployment zone open. So the Marines just used their pre-turn 1 redeploy to hop right next to it. Idiot Varchilde.
I like Marines in the new rules set; they have a billion small units for running around the unit taking objectives and doing actions. Plus the really strong Oath of Moment secondary! Oh I get VP for not falling back, and being in the centre of the board. Thanks Uncle Guilleman! 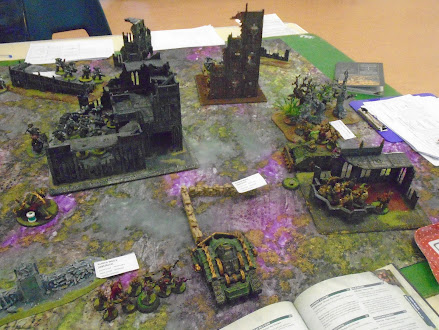 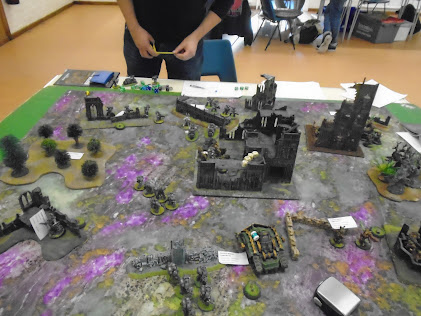 So Andy applied pressure right from turn 1, and I was left trying to recover from being on the back foot all game. I killed an awful lot of Marines this game (my No Prisoners tally was 65 wounds), and finally put some pressure back into Marine deployment zone when the termies came in, but alas too little too late!

A fun game, but another loss to the Death Guard, and a well deserved win to the Marines.

Game 3 (Sweep and Clear) was against Paul's World Eaters. Paul brought 2 land raiders chocked full of frothing Berserkers and characters, backed up by Terminators and Raptors arriving from reserve. 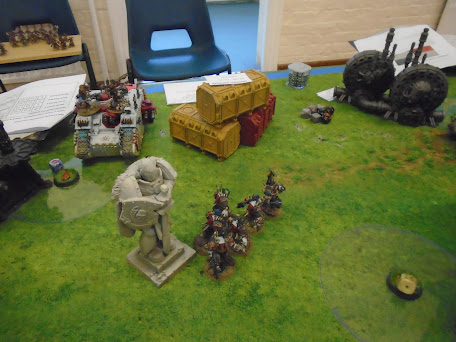 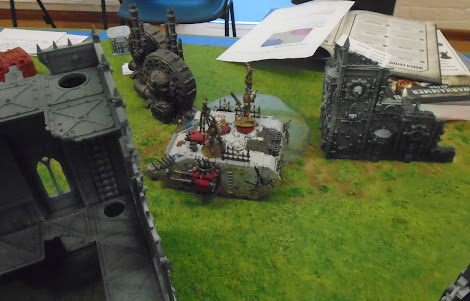 This game saw a reversal of fortune as the Death Guard worked their way through the Khornate forces, with the Plague Caster and Blight Spawn notching up many kills between them. The new Chaos Codex (with presumably increased wounds on each marine/termie) can't come soon enough.

This was another fun game. Poor Stuart died very early in the game (poor Stuart), and to add insult to injury was promptly misnamed for the remainder of the match. I definitely want a rematch when the new Chaos book is out, and Stuart has returned from being repaired in the Daemon Forges.

So 3 excellent games left me in 21st place overall. I learnt a lot about what's needed for a 9th edition mission, and I'll be working on some new lists soon.

Playing the games is really only part of the overall experience: it's a chance to bond with fellow hobbyists, catch up with old friends and make some new ones. The catering was excellent with an extensive buffet lunch provided by the North Star pub across the road.

One of my highlights of the day is wandering the tables at lunch time to check out the various armies. There's always something to catch the eye, and plenty of inspiration for potential projects. Here's a few pictures of some of the armies: 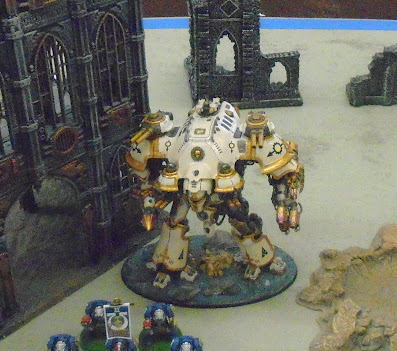 Here's a selection of other Imperial forces:
And more Chaos:

And last, but not least a mix of Xenos.


So we've already concluded I didn't do very well in the standings, but how about my predictions?
Custodes took first place! However, Dark Eldar took second, Nids fourth and Thousand Sons fifth. So my predictions weren't too far off the mark :P
My wild card (Knights and Assassins) came sixth. Having done well in a previous event piloting old codex Grey Knights I think this is evidence that good players do well regardless of list.
So a final thanks to Dave G for organising, and my opponents for the great games. Time to start preparing for Doubles.
Posted by Bryan P. at 15:09