Hail and welcome to the Vault once again! It's been a wonderful bank holiday weekend which has meant an opportunity to indulge in some painting time. I'm continuing to work through some of my Grey Knight models, and have completed a Venerable Dreadnought to add some long range Anti Tank fire support to my troopers. 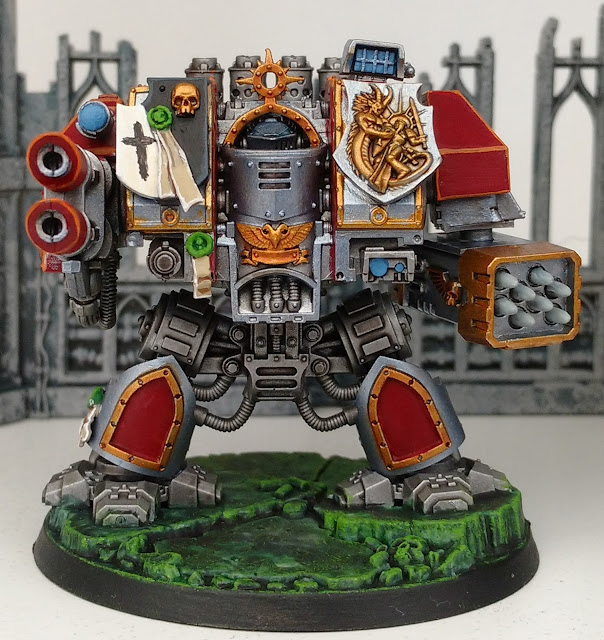 The model has received some light conversion work, mainly in the addition of a Grey Knight Terminator helmet and a couple of shield plates left over from a Nemesis Dread Knight. The most significant modification was the use of a spare Deathwind Missile Launcher from a Drop Pod on the left arm. (The Venerable Kit rather annoyingly doesn't come with a missile launcher). 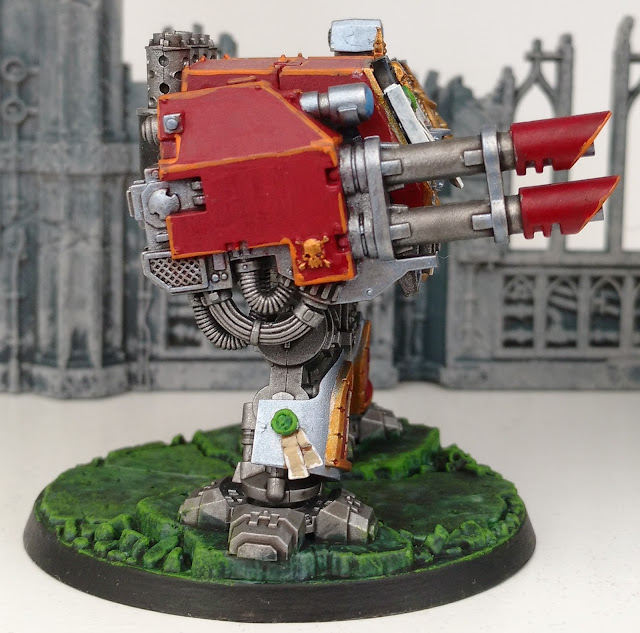 This is the first vehicle I've used Grey Knight Steel paint on; it gives a good differentiation to the Nuln Oil washed Army Painter Platemail used for the more functional mechanical parts. The more I use the GK Steel, the more I like it! 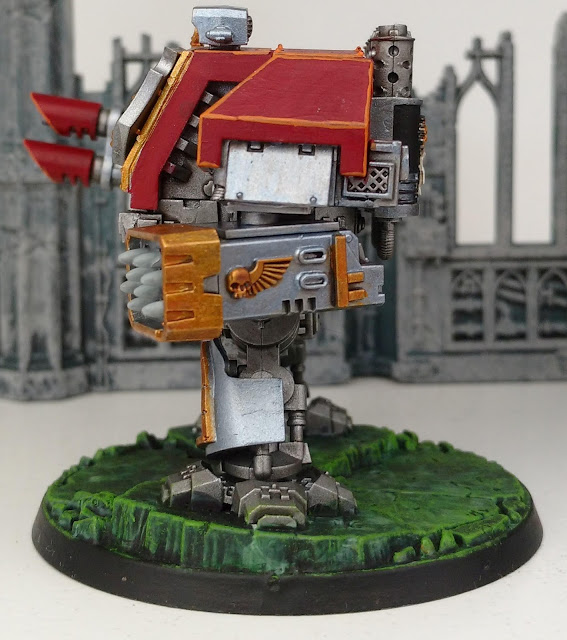 The exhaust stacks could probably do with an extra coat of wash and may be some weathering, but that's a minor quibble.
There's also a gap on the Deathwind Launcher which I elected not to cover off; it's not visible from the front or side and given this is a simple gaming piece shouldn't be too much of an issue. 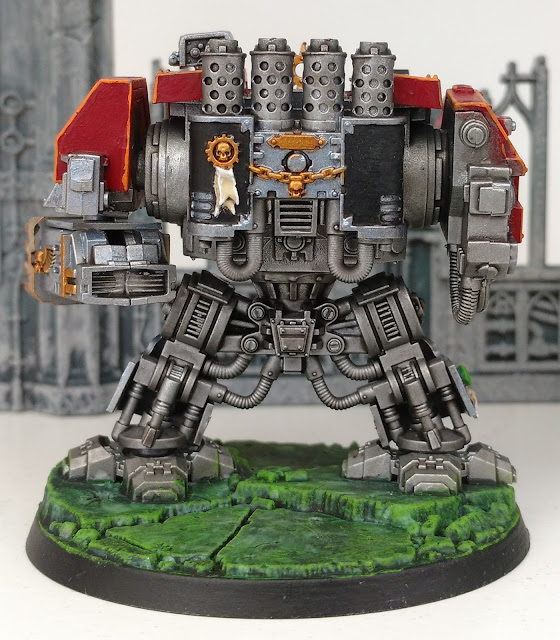 You might wonder about the basing colour; I got the recipe the wrong way round and will need to fix it. The scheme is based on the Lord of the Rings "Army of the Dead"; I should have applied the Blue wash prior to the Green. This variant looks OK but it's out of keeping with the rest of the army; I've got a number of repairs to make to various Grey Knight models so I'll sort it out during the "fix it" session.
I'm planning a socially distanced game against a Deathwatch force soon; it will be great to see how the Dreadnought fares, and of course I'll be sure to report on how the game went.
Posted by Bryan P. at 16:11