Welcome to the Vault once more.  Having spent time this holiday painting dreadnoughts and tanks for the Space Sharks I've also painted a new Character for the Grey Knights.  I was quite impressed with the finish of the new GW Grey Knights Steel paint when I used it on the Sicaran Battle Tank as a dry brush over Leadbelcher that I wanted to try it out on one of the Heroes of Titan.
Long term readers may recall I'd picked up my Grey Knights for some games just before lock down and I'd actually built a few new models to use alongside my existing force. Time to get one of these chaps painted then! 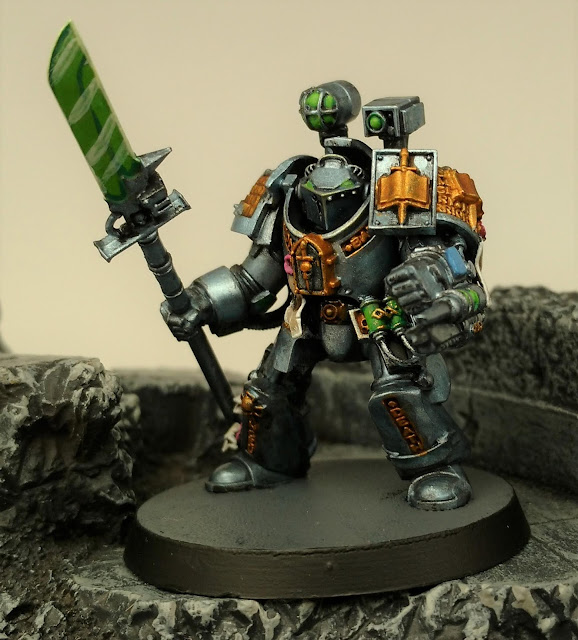 My normal recipe for Grey Knights is to prime in a Steel colour then wash the model in a black blue mix.  In this case I started with a black primer then applied the GK Steel as a base colour on top before applying the usual washes.  At this point the model didn't appear to different to my normal scheme and involved an extra step; not good!
I reapplied the GK Steel and added a Chainmail highlight; this has made a noticeable difference compared and I quite like the effect. I'll certainly try this approach again. 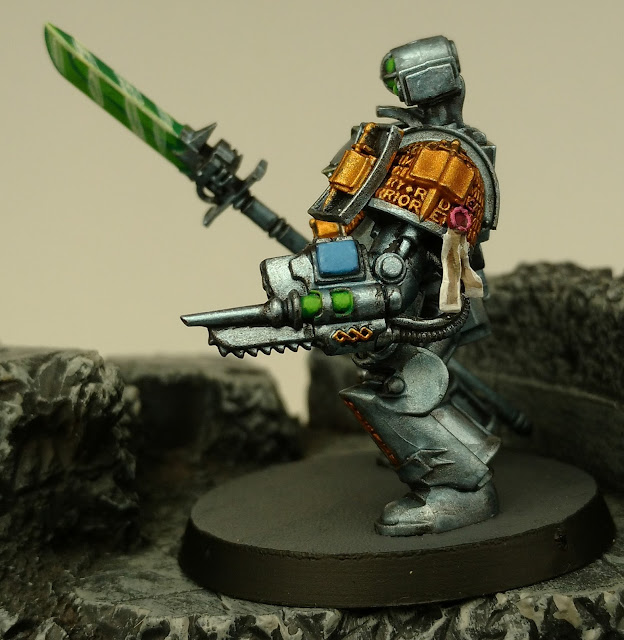 I also decided to use a green spot colour for the Force Weapon, lenses, etc. as opposed to the usual blue (which can be seen on the auspex scanner on the arm above). I think the green helps the model to pop a little bit more. 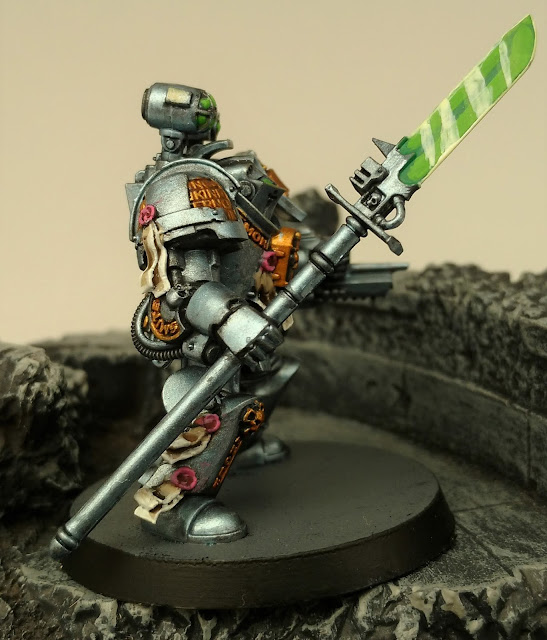 The Apothecary still needs basing; I'll paint a few models up and then have a base them as a batch. The resin bases I've used historically are no longer produced so I'm now using a texture paint approach and painting them to match the existing models.
Here's one final shot of the Apothecary. 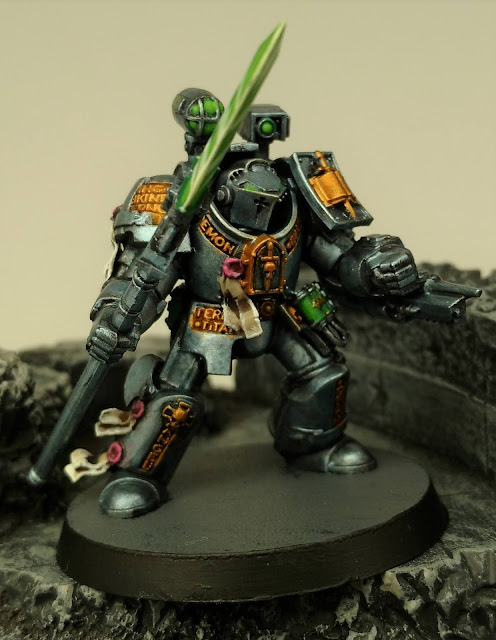 I've also kit-bashed up a Grey Knight Chaplain. I didn't have a suitable skull helm which is a major strike against, but hopefully the double skully pauldrons and a suitable paint job will make the model look more convincing.
I am pleased with the crozius which is a head swap from the warding stave onto the Daemon Hammer's haft. 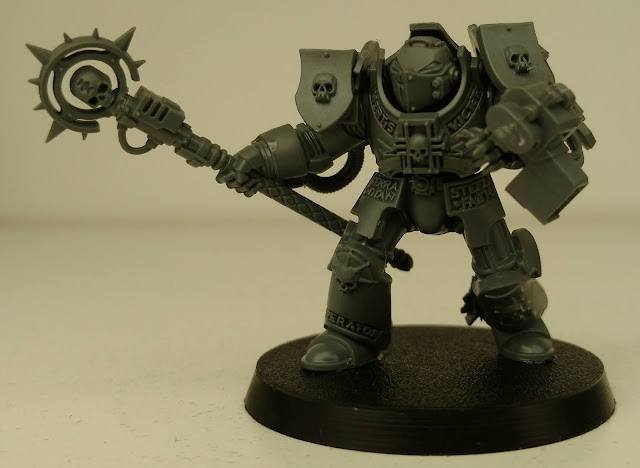 I'm hoping to get a socially distanced game arranged soon and if I can settle on a list I like I'll be bringing the Sons of Titan for their first game of the new edition.
Posted by Bryan P. at 16:27