Power Armoured Paint: It's all about the Base

Welcome back to the Vault once more my fellow Frater.  I've been busily finishing off the last few items on my painting list for next months Doubles tournament at First Founding (bar any last minute changes of mind of course; such things have happened before).

I've had a single model left to paint from scratch; an Armorium Cherub to fetch and carry for my Devestator Squad: 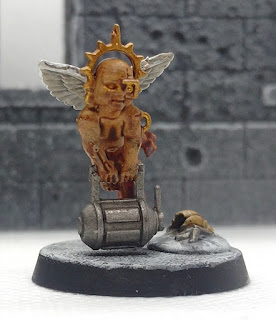 This angelic fellow is from the Devestator sprue, and I've decorated his base with a funky bit of scatter from the same kit. 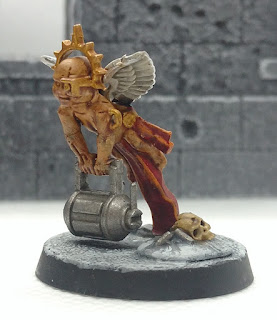 The Cherub's base doesn't match the rest of the Space Sharks, mainly because there aren't 25mm versions of the sculpted bases I use!  The generic grey is fine (given the Cherub is really just a token), and will fit in with my other Marine army just fine. 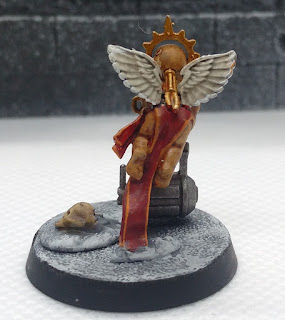 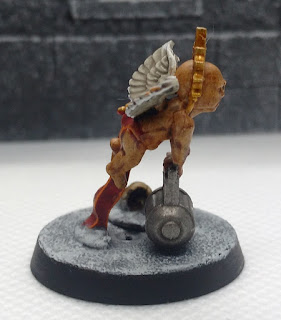 I have also completed the vital third Intercessor Squad to complete my Battalion.  They all armed with Bolt Rifles, one has an Auxiliary Grenade Launcher and the Sarge has a Power Sword.  All based on 32mm Sector Mechanicus bases. 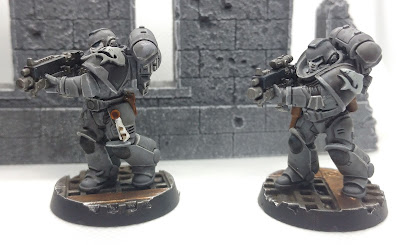 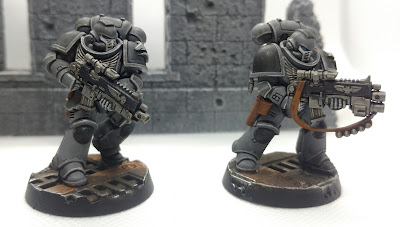 I'm quite pleased with the markings on the Sergeant's Helm and Knee Pad: 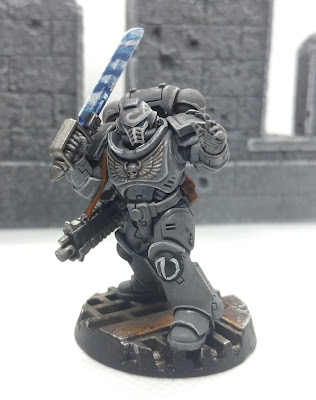 And last, but not least I've based up the Deathwatch Veteran Squad for my partner's force.  These are very simple; Calthan Brown base, liberal application of Armageddon Dust Texture, then over brush of Ushabti Bone with a couple of Mordheim grass tufts once all the paint is dry. 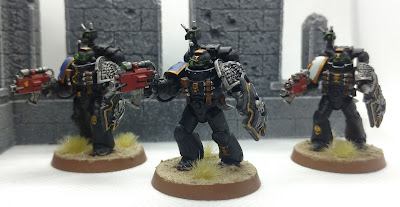 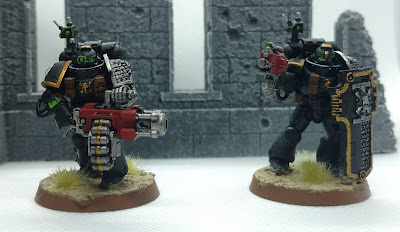 Next week is list submission time, so I'll provide an Armies on Parade style post as I go over the list.
Posted by Bryan P. at 19:43