The holiday season is over, and the new year stretches ahead!  I've already painted a few models to kick off the 2020 tally and reached some interesting conclusions along the way.

First up is a Carcharodons Astra Primaris Lieutenant. I think with a Lieutenant finally painted I've officially got a Primaris force :P 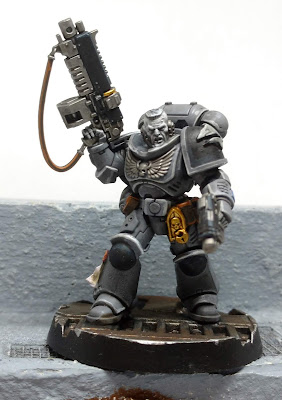 So learning point number 1; I've hit on a paint recipe for the pale Space Shark skin I like, and it is really simple:
I'm pretty happy with how he's turned out, and he's currently in my Doubles List wielding the fearsome Ex Tenebris Relic Bolter. 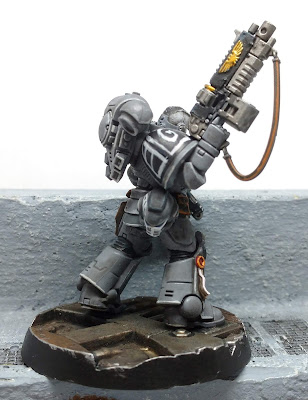 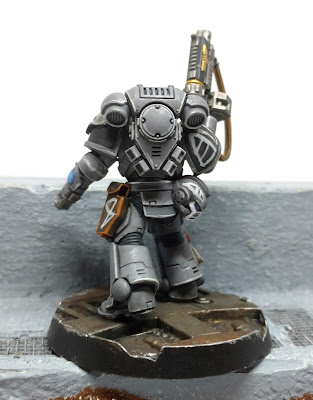 The Carcharodons Astra will be going to battle with the forces of the mighty Deathwatch at the First Founding Doubles tournament.  Long term readers will know I have a collection of Deathwatch models of my own.

A very, very unpainted collection of Deathwatch models.  It's no secret that I hate painting black power armour; there's either far too much edge highlighting or a time consuming build up from a dark to light base.  And it's a real shame because I love the Deathwatch lore, and the way they play on the tabletop.

I promised to paint a squad a Deathwatch Veterans for my doubles partner to use; the painting standard for the competition is a simple 3 colours and based, so I decided to go for a quick scheme which basically ignored the black power armour!

It's an approach very similar to GW's "Battle Ready" philosophy; essentially a simple paint job is better than no paint job.  It's been very liberating to remove the block which was stopping me from painting *any* of the models and actually enjoy painting a unit!  The result is a passable table top standard (in my opinion), and certainly meets the tournament requirement (once they are based).

First up, a Salamander and Flesh Tearer. 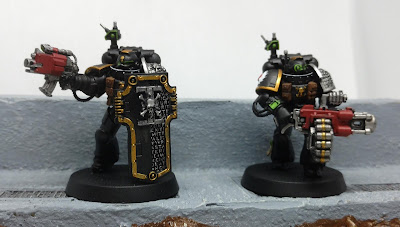 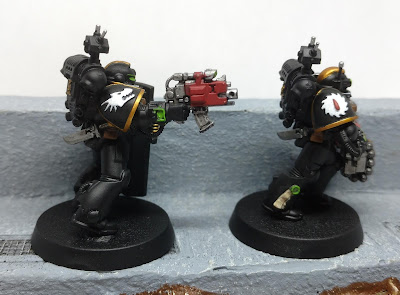 I can actually see my Deathwatch collection actually getting painted, as opposed to just getting played in their barely primed state!

Next is an Ultramarine and Crimson Fist: 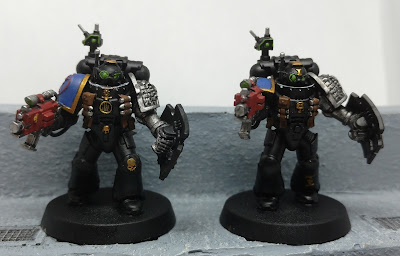 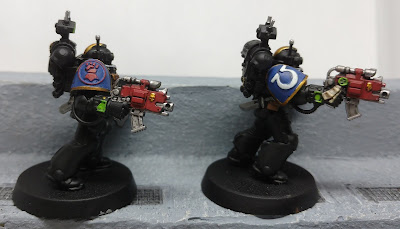 There's a minimal amount of edge highlighting on the helm, sensor and armour gorget; that simply because the top of the model gets looked at a lot on the game table when playing the game. 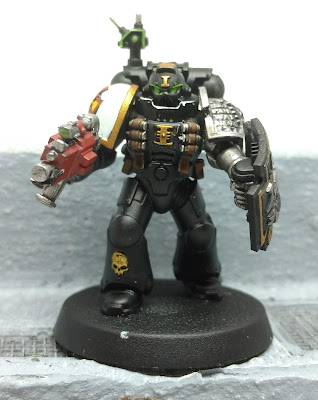 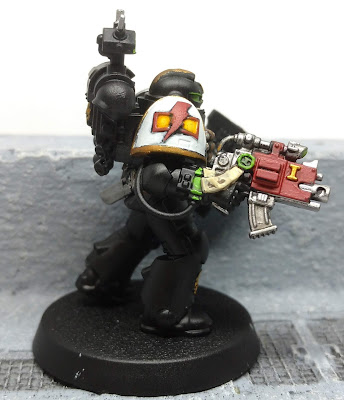 I'm genuinely very pleased with them and excited for the future prospect of getting the collection table top ready.  No, they won't win any prizes, but they are a lot more pleasing to the eye than grey plastic!

As ever thanks for taking the time to read the post, and I hope you'll stop by again soon.
Posted by Bryan P. at 20:08