A belated and brief post this week; my Carcharodons Astra faced off against Duncan's Space Wolves in a Chapter Approved 2019 Maelstrom of War Mission called Confined Command.  This mission uses the new CA19 Maelstrom of War deck construction rules, and they are very intriguing.

In summary, once you have seen your opponents roster you construct a tailored Objectives deck with a minimum of 18 unique cards.  At a simplistic level this means if your opponent doesn't have any Psykers you don't need to include Witch Hunter for example. 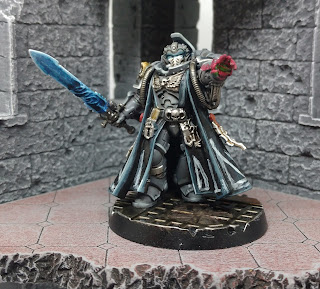 In and of itself this reduces a lot of randomness from Maelstrom games, since meaningless objectives (such as the Witch Hunter example above) can be eliminated before the game begins.

Once the deck has been constructed the associated rules can also benefit a canny player; you draw 5 cards on the first turn, with the option to mulligan down to 4. With an 18 card deck this means you will likely see a particular card 50% of the time in your opening hand.

The ex-Magic player in me is giddy with opportunities! I'm considering how best to tailor a deck for the Sharks (Raven Guard cards I'd like to take most games, those to avoid, etc.) and I'll post another article when I've got something more concrete in mind.

A final thought; a soup army can generate their Maelstrom deck using multiple faction specific sources; now a general can not only avoid bad cards, but actively include good ones from different codexes!

Scrub that final thought; your Maelstrom deck must be built from the pool of available cards; this is usually dictated by your army's Warlord as per the relevant codex.  Thanks to Duncan for the spot! 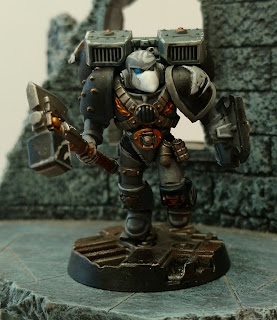