Welcome back to the Vault once again my fellow Venturers. I had intended to spend this week's painting time on a couple of half finished Imperial Guard projects, but an alternative model jumped to the front of the paint queue.  My eldest daughter plays in a D&D game with some friends and was looking for a dog/hound miniature to represent an NPC in their latest adventure. Regular readers may remember the Dungeons and Doggies Kickstarter which was added to the Pile of Shame a few months ago, so we cracked open the box and chose a model. 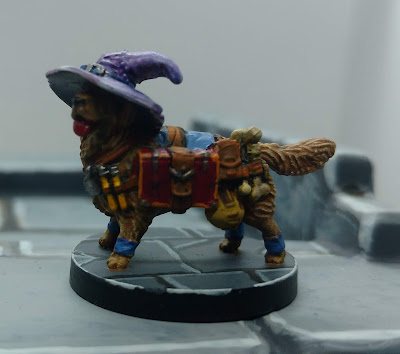 Cornelius was a fun model to paint, and I really can't fault the sculpt; very crisp, no noticeable mould lines and took the (black) primer with no problems at all.

I set out with no real colour scheme in mind (other than the retriever fur colour of course), so just opened up the paint box and free-styled it (reaching right back into the time machine for a pot of Desert Yellow for dry brushing the fur).

I've been keeping a log of the models I've painted recently, and this is the first fantasy model of the year. It's been an enjoyable change of pace from 40K models and I might tackle a few more soon. (On a side note I had a play with some of the new Citadel Contrast Paints over the weekend; I might acquire a few for using on some of the fantasy models as they seem well suited to fur and cloth). 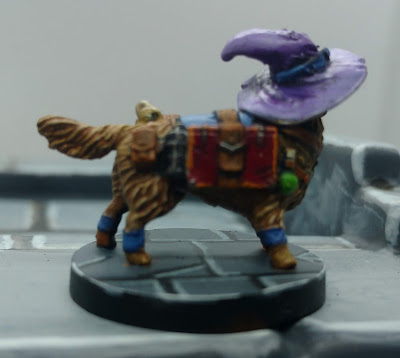 As well as his starring role in a D&D adventure I'd like to use Cornelius as part of a Frostgrave Warband; he'd make a fun addition to any adventuring crew. (Bad joke, what sound does Cornelius's Elemental Blast make? WOOOF!)

Of course dogs can get easily distracted when adventuring; here's an interesting bush to investigate! 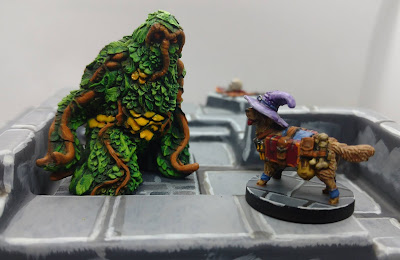 But Cornelius did eventually remember why he was adventuring, and claimed the loot. 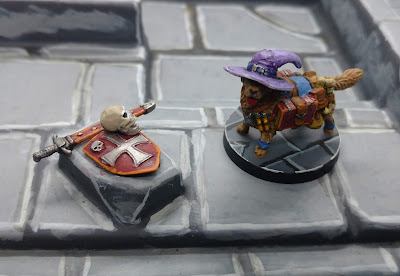 Sadly we are now approaching the end of this post. 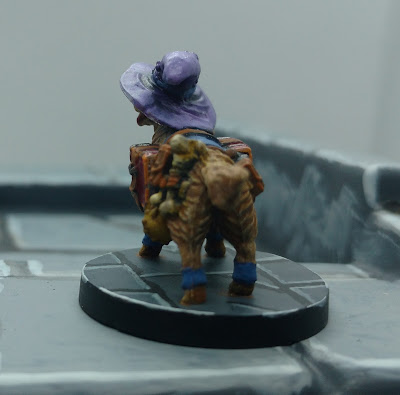 As you can tell I've had a lot of fun with this little project and post, and I hope the D&D group have even more. Next week sees the start of The Siege of Falx campaign at First Founding, so I'll be mustering a 40K force to wage war on the ravaged planet; more on that in future posts.
Posted by Bryan P. at 20:02