Time for another well earned visit to the Officers Mess my fellow Commanders.  I've played a few more games with the Cadian 82nd and I thought I'd re-visit my earlier After Action post to add more meat to the bone with regard to lessons learned.

The 40K games have gone well with a number of wins under my belt. However in other gaming news, I have been soundly thrashed in a series of hands of Bananagrams by my family.  Undaunted by the experience I've stolen the Bananagrams tiles and hidden them from the kids. That'll teach em.

And hopefully the following Bananagram-inspired pictures will help me remember useful stuff in future 40K games!


Lesson 1
My opponents really don't like my Heavy Weapons Mortar Squads, and will go to great lengths to eliminate them. What is it about that causes all the concern? Indirect fire. Their damage output is spiky (d6 shots per base), but the ability to reach out and hit hidden units is golden and people know it.

The damage potential is enhanced by Orders. Cadians get a re-roll 1 native if they are stationary, so there is a choice for my Officers between issuing Take Aim (full re-rolls to hit if stationary) and Bring It Down (re-roll 1s to wound). I've been using Bring It Down as a matter of course, but the Maths Hammer is interesting; assuming stationary Mortars vs T4 enemy

Re-roll all failed hits
Re-roll 1s to hit &  Re-roll 1s to wound
Not actually much in it! Of course if the mortars have had to move, or the enemy have negative to hit buffs, Take Aim is the preference as you need to score the hits in the first place!

Lesson 2
Overcharge Plasma. Marine Players (especially those running Hellblasters) are probably wincing as they read this, but hear me out.  I'm talking about Plasma based Leman Russes which don't blow up if they roll 1s on Overcharged Plasma, merely take Mortal Wounds.  The obvious benefit to doing this is gaining the higher (D2) damage, but I like it for the subtler bonus on the To Wound Roll; S8 will damage Marines on 2s as opposed to 3s, and stuff like opposing Russes on 4s as opposed to 5s. Against the right opponent it's +1 to wound! 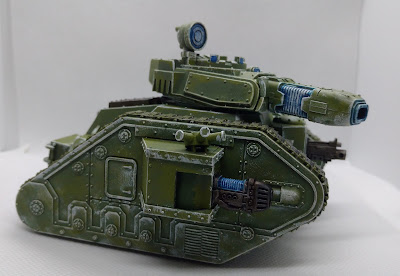 And don't forget if the Russ hasn't moved or is benefiting from Orders you are re-rolling 1s to hit. You do need to be careful if your opponent is benefiting from negative to hit bonuses since this will proc the Mortal Wounds more often.

Lesson 3
Which leads neatly on to a Cadian specific bonus, the Overlapping Fields of Fire Stratagem. This is expensive at 2 CP, but is pretty powerful. Generating an unsaved wound on an enemy unit will allow you to play the stratagem; from this point any Cadian unit which fires on the hapless foe gains +1 to hit.

The trick is getting your firing sequence right to get the first wound to stick, and then let your other guns open up. I like using the Hell Hound as it can generate a decent number of auto hits, but the "correct" choice is very situational depending on the units you have available. 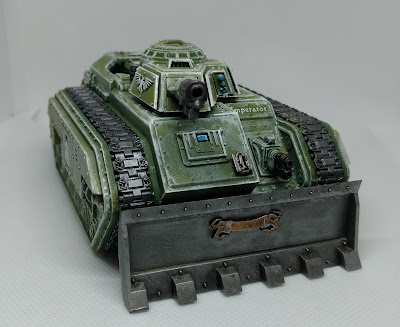 (Oh yeah, the Scrabble Score is 41, but the Stratagem name is very long and since it costs 2 CP it better be good.) 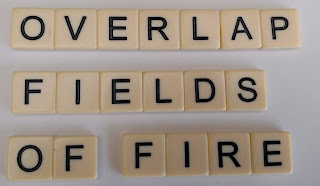 Lesson 4
The previous points have been pretty crunchy in terms of generating better number but lesson 4 is a kind of inverse. I've been running a small Scion squad with double plasma guns, and they've been incredibly underwhelming in terms of damage output. You can't rapid fire their Hot Shot Lasguns on a Deep Strike, and 2 plasma guns doesn't actually kill much. So typically they parachute in, whiff their shooting, then die horribly.

No longer. I've swapped to cheaper special weapons (Hot Shot Volley Guns), and added an extra body to the squad. More importantly I'm picking deep strike points specifically to claim objectives or Maelstrom points (e.g. Behind Enemy Lines). Whilst this appears to be contra-fluff, it does make the unit much more useful (and longer-living) in game.

Lesson 4 TLDR:
Lesson 5
The Most Important Lesson. Why we do these things. The culmination of everything we have learnt and the execution of our battle plans and strategies; so Colonel Staysback gets to Earn More Glory and Reap The Rewards! It's all about the:

As always, thank you for stopping by and reading. Colonel Staysback and the 82nd will be back on the battle field soon as they continue to wage war in The Siege of Falx. Please drop by again soon for more thrilling tales of shelling the enemy from a long way away Heroic Deeds!