Session Five begins as the heroes return from the Dark Eye Tower to Nanny Ogg's cottage to determine their next course of action. Feeling the party have worked well together Cade asks the characters to help him & Albert deal with the "infestation" of Stirges nesting in the ruins of their cottage. The party agree to help and once rested up visit Cade's land.

Hind sneaks up to the ruined building and confirms the bat like creatures are roosting in the rafters, below the remains of the thatched roof. They have obviously been there for some time as the floor is slick with guano. The party decide to smoke the vermin out; torches are lit,  thrown onto the roof of the building and soon the thatch and timbers are alight. The stirges awaken and flee the flames in terror, seeking a safer refuge. Cade's unwelcome visitors have been dealt with! 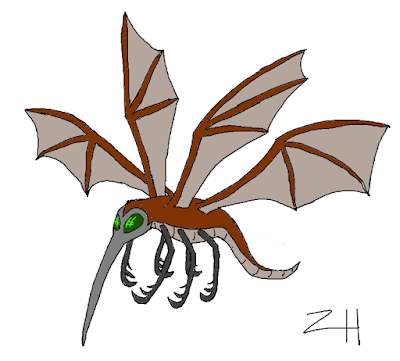 Sloane and Nanny Ogg discuss the strange egg found in Sloane's cottage and how the marking on the shell is very similar to the rune carved into the Standing Stone on Nanny Ogg's land. Sloane visits the stone and presents the egg. A mystical connection between the two obviously exists; the egg begins to heat up and then hatches!  Sloane finds herself "mother" to a very odd looking baby lizard which bears the odd sigil upon it's back. Both lizard and Standing Stone register on a Detect Magic spell (Transmutation). 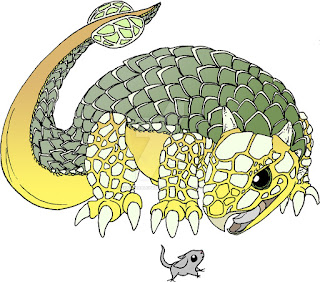 As the players wait for the fire in Cade's cabin to die out they are visited by Adam and Eva, two settlers from a neighbouring homestead. The couple introduce themselves and say they noticed the smoke from the fire and have travelled over to see if there was trouble and if they could help.

The party introduce themselves; they mention their excursion to the Dark Eye Tower and ask if Adam and Eva know anything about the recent strange goings on there. They say they do not; they recall the events of when the previous owners of the player's lands disappeared and mention Old Man Gage visiting the Tower along with the Sheriff. Since then people have avoided both the Tower and the hills.

Adam describes some other caverns he knows of in the Dark Eye hills, including one where a still used to be set up. Intrigued by this, Juan and some the others decide to investigate (perhaps the thoughts of free liquor being a motivating factor); Nanny Ogg decides a night in town would be a better use of her time, particularly if there is information about the caves and tower to be found out.

The players follow Adam's directions into the hills and soon discover the cave in which the still should be found.  The cavern entrance is partially obscured by vegetation, and investigation shows that part of the cover is man-made; a wicker screen interleaved with branches and so on. Animal tracks are also seen entering and exiting the cave.  Juan casts a light spell and the party advance into the cave.

The noise and light disturbs the cave's residents. A pair of large, vicious Dire Weasels charge the party; the first succumbs to a sleep spell and the second is eventually dispatched in combat. 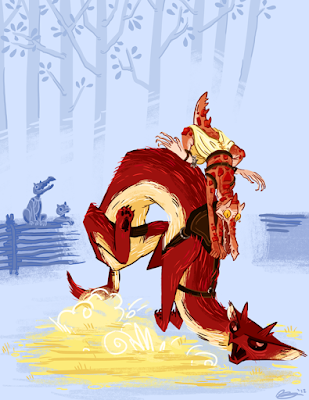 The fine pelts of the slain beasts are obviously worth some gold, but much to Juan's delight the party find the still; it appears intact and nearby it are a number of stoppered jugs, each filled with the finest hooch! It looks like the party may have found themselves a source of income.

(Note all images in this post are available on deviantart and are made available under a Creative Commons licence. Check the image tooltips for artist and licence details).
Posted by Bryan P. at 13:47