Power from Paint: Ready to Raid at Octoberfest

With less than a week to go to Octoberfest (First Founding's autumn 40K tournament) it's time for my traditional army list reveal and pre-competition punditry post! Regular readers will know I've procrastinated for a while over which faction to take, and in the end I've gone with a variation of my Dark Eldar force. 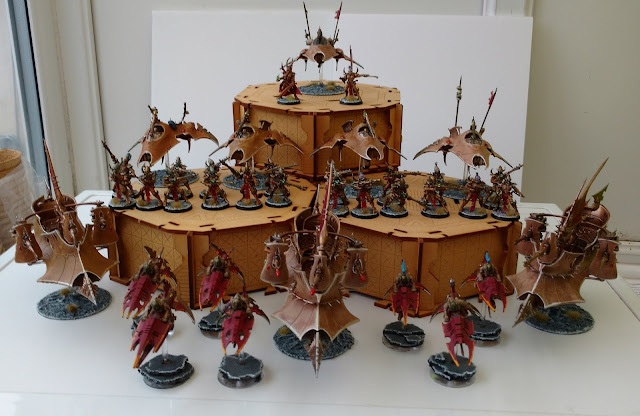 I really enjoy playing this army, it's simple to run and I've gotten fairly familiar with it over the year, which helps with speeding the game up (nothing worse than picking up a new army on tournament day!

Slightly closer shot of the Archons: 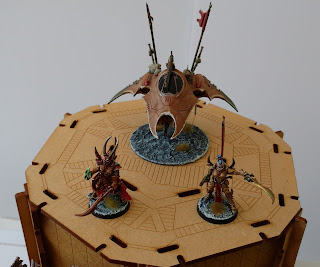 And the Troops and their rides: 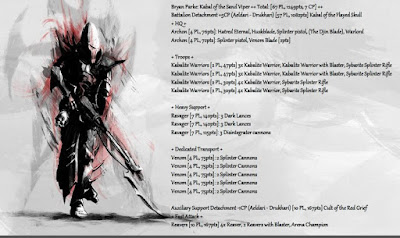 There's a couple of changes to the list since Mayhem:


I've even managed to get a game in with the list at the club where I secured a win against a Biel Tan Eldar list: 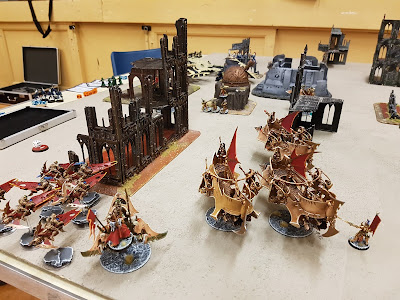 We've past the list submission date, and the tournament's Facebook page has been active, with players sharing pictures of their armies, publishing their army lists and the event organiser has given us the list of factions:


There's a really good spread of factions, 16 at current count. It's great to see a variety of armies as there's more chance to play something different each game, and there will be a whole host of eye candy on the tables. The comparison with Mayhem 18 is interesting: 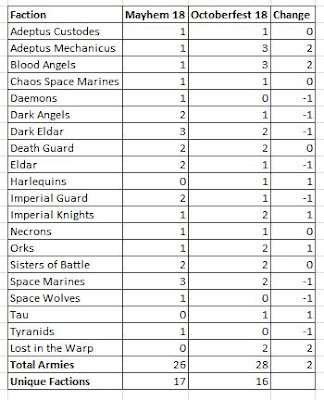 Some factions retain the same numbers; that's due to some players returning with their favoured force, like myself. This includes the Custodes (which won Best Painted at Mayhem if I recall correctly). 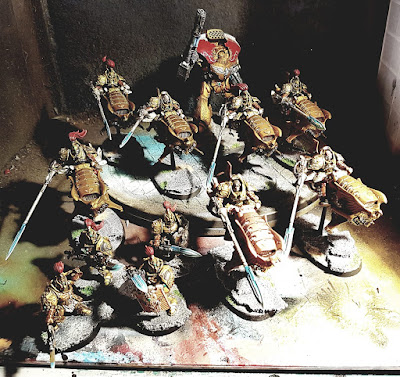 The jump in Ad Mech and Blood Angels is a surprise and will make for an interesting day as the chance of meeting one of these armies is higher than last time.

I'm hoping for variation within faction as well; one of the Blood Angels forces is a Flesh Tearers successor whilst another is apparently bringing an Imperial Knight for support.

And there are two Imperial Knight forces in attendance! Everyone needs to be packing a lot of anti tank (my 10 dark light weapons don't feel like nearly enough)!

It will be good to see some of the factions missing from Mayhem in action, particularly the Tau and Harlequins.

Which Factions do I think will do well?  Death Guard are always competitive, particularly if they are bringing massive bricks of Plague Bearers and Nurglings for camping objectives.  I believe Sisters of Battle have got what it takes to win; they almost took the top spot at Mayhem (Acts of Faith catch a lot of people off guard and the army is unusual enough that people aren't that familiar with it). However, that was also my prediction for Mayhem so what else could do well?

The Octoberfest Missions are ultimately about securing objectives to win and reward Troops choices which can do so. On that rationale I'm going to stick my neck out and put a virtual pound on:


That's it for the preparation; I'll finish with thanks to Adam, Matt and Pete for their army pictures, and Dave for publishing the faction list. Let's see how well the Kabal of the Sand Viper fare and if my predictions are any where near accurate next week!
Posted by Bryan P. at 16:18