Time for more secrets of the Vault to be revealed! Regular Venturers will know that I have been playing the new Kill Team game recently, and I have been spending my hobby time painting up some terrain for the game.

The Kill Team box set comes with some new GW urban terrain kits plus a nice printed card game board; I've built the terrain and given it a quick slap of paint. 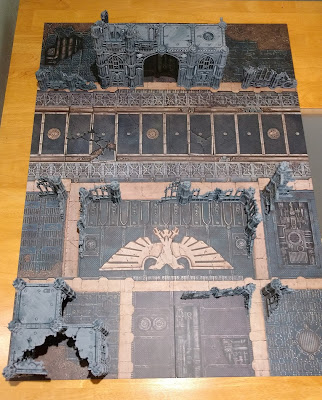 You can build a couple of decent sized buildings out of the set plus a number of ruins which can be configured in different ways. 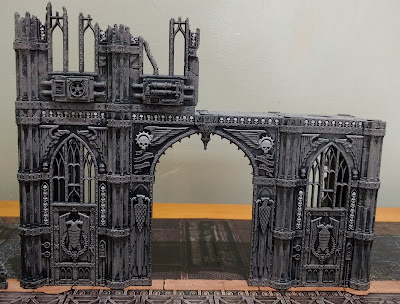 These have all been primed with black/grey spray followed up with an over brush of grey craft paint. It's dried with a weathered finish which I quite like. I've picked out some of the details with a lighter grey. 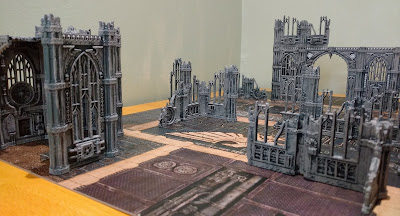 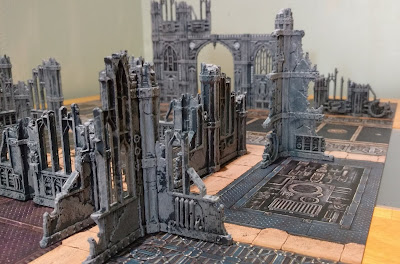 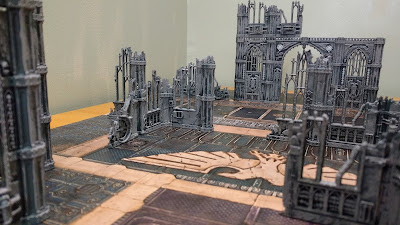 The choice of the grey scheme was quite deliberate; I've got terrain pieces from other manufacturers (Pegasus and Gale Force 9 for example) which are all in a similar grey scheme and I want to be able to mix them onto the same table without the colour differences being too jarring.

I love the Gale Force 9 Gothic terrain set; it's heavy duty, good looking, pre-painted and can be used for both 40K and fantasy games. Unfortunately it's been out of production for some time, although I did manage to score some NIB pieces at SELWG last week. The chap on the stand mentioned that a few of the sets have come back into production for a short run although I haven't seen any on the GF9 website. 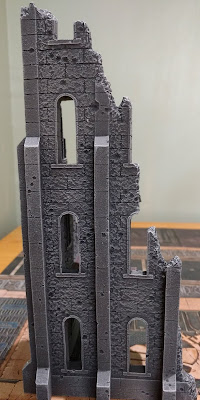 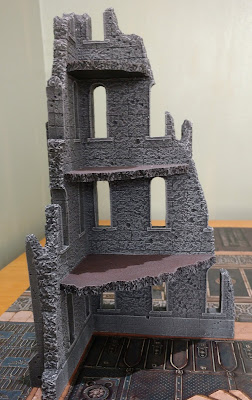 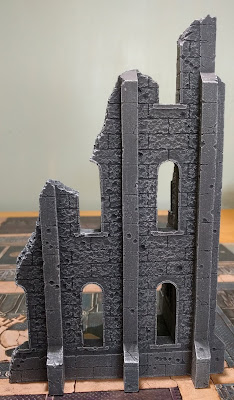 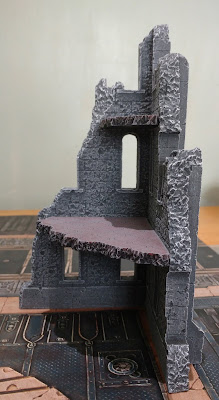 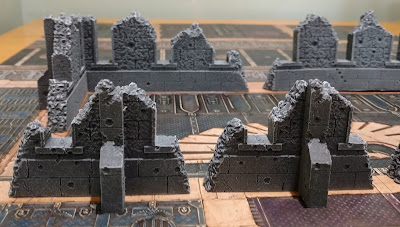 I'm pretty pleased with the variety of buildings and ruin sections I've got for Kill Team games. I feel that the board could use some scatter terrain as well; particularly for the road section which could easily turn into an open "no man's land" killing zone.  So a quick raid into my terrain bitz box found some suitable pieces to use.

First up are some Aegis Defence Lines. These make a lot of sense; a local Defence Force would take these from their armoury and quickly deploy them on road junctions to form barricades.

These are quick and easy to produce; the Defence Line pieces are glued to plasticard bases, and filler used to provide the ground texture. The paint scheme is a simple base coat then dry brush. 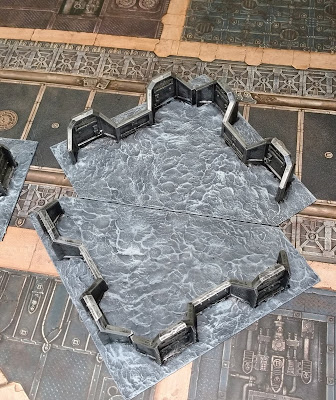 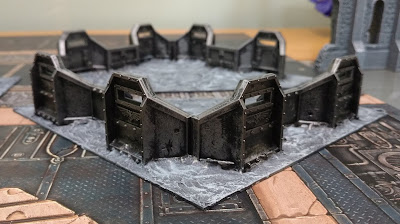 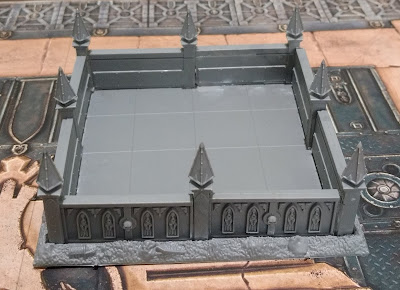 They will provide cover for a small squad, or can be used as base/boundary for other terrain pieces. Again I can see these being used for Fantasy systems as well; perhaps with a tomb in the centre as part of a graveyard set up. 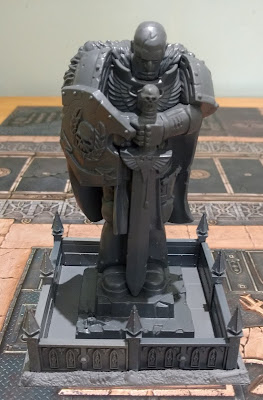 So it's been a pretty productive hobby period for me; I've also started painting a Kill Team board (oooh!) which I'll share in a future post. As always, thanks for taking the time to read, and drop by again soon for more hobby and gaming fun.
Posted by Bryan P. at 15:17