First Founding Frostgrave: And they are off!

The first set of games of First Founding's Rune Stone Race have been completed and I have been semi-successful in collecting the results. Luckily the players are having more luck in preparing and painting their warbands! So time to share some numbers and pictures! 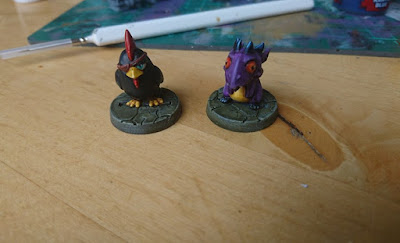 Meanwhile Dan's Wizard, Boragh the Necromancer scans a calculating eye over the results so far: 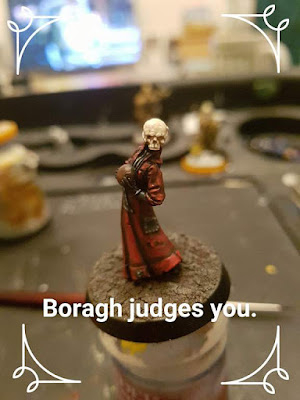 Amit and Dan clashed in the Living Museum, whilst Mike and Baz unleashed a powerful Genie upon the ruins of Felstad. Finally Tim and Kanan played a straight forward treasure placement game.

Poor Baz found himself needing to recruit a new Apprentice as his first contracted a bad case of Being Dead, whilst Snikkit and the Rubble Runners did sterling work filling in as Kanan's Warband prepare themselves for the next round: 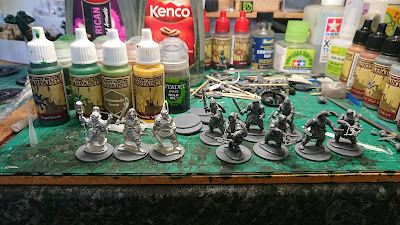 The mysterious final objective of the Rune Stone Race has still to be revealed to the players, but rest assured that gaining Wizard Levels, collecting unique Rune Stones and acquiring the Tome of Transformation are all important!

Thanks to the guys for the pictures, and I'll try and get the holes in the results table filled in for next time!
Posted by Bryan P. at 19:48