Greetings once again my fellow adventurers! This week we are venturing into the icy ruins of Felstad once again. Or more specifically we are going to talk about how to prepare yourself for excursions into Frostgrave!  I was asked earlier this weekend how to choose spells for a beginning Wizard and I thought it would be fun to write a little tutorial on how to create a Wizard and Warband. 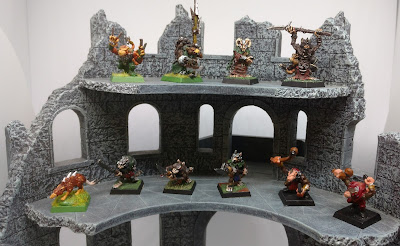 Snikkit and his crew of ratty ruffians are one the Warbands I use for demo/introductory games.

Let's deal with recruitment first of all. Snikkit is a beginning Wizard with naught to his name but a jangly bag full of Gold Crowns (GC); 500 of them in fact.

Snikkit can recruit an Apprentice and up to 8 soldiers.  Having an extra spell caster (and someone to boss around) is pretty important, so Snikkit recruits his very own trainee for 200 GC (300 GC left). 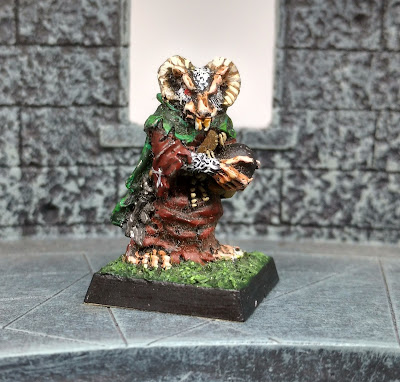 Onto the soldiers; first up are 3 cheap Thugs to haul around valuable treasure and to be used as arrow fodder when necessary (not that Snikkit told them that in the interview). 20 GC each (240 GC remaining).

Next are two Archers to provide some missile fire support against things you don't want to get to close too. (They are deadly with those slings; counts as Bows) 50 GC each (140 GC remaining) 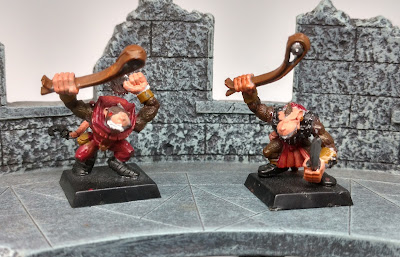 An Infantry Man Rat is hired next to provide some bodyguard support for Snikkit (and to carry stuff). 50 GC (90 GC remaining). 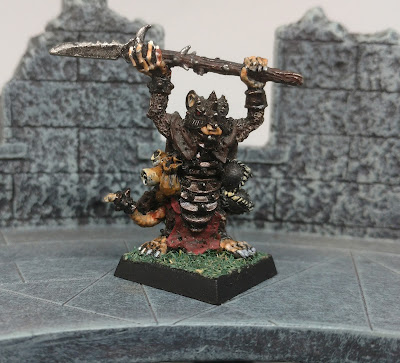 Next up is a bit of bit of speed and deadly fighting skill in the form of a Treasure Hunter. Quality costs however; 80 GC (10 GC remaining). 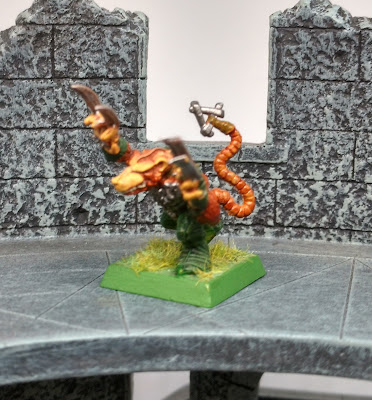 Snikkit uses the last few coins to buy tasty treats to tempt the biggest War Hound Rat he could find to join him. 10 GC (all gone!) 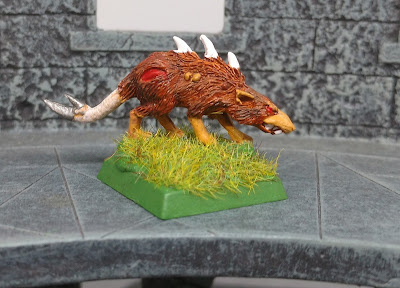 (As an aside these Skaven models are a mix of metal and plastic models painted by myself, the amazingly talented Howard Gray and some ebay rescues).

With the soldier rats all safely tucked up in their sewer Snikkit decided to spend a quiet evening perusing his spell book. Snikkit is a Witch (there are 10 schools of Wizardry, and as we see these are important when determining which spells a Wizard can cast and how difficult they are).

The Witch school is:

As a beginning Witch Snikkit knows 8 spells (as all starting Wizards do). He must choose three from his own school, and so learns:

He also knows 1 spell from each of his aligned schools:

So, with his spells selected and soldiers recruited Snikkit and his Rubble Runners are ready to seek treasure and fame in Felstad! Perhaps you'll meet them if you venture into the frozen ruins as well!
Posted by Bryan P. at 21:04