Welcome back to the Vectorium! Another couple of fruitful painting sessions has resulted in the completion of my third squad of Plague Marines. OK, the basing remains outstanding but long term readers will know I tend to batch my bases up over a few units any way!

This is a great milestone as it means I've now completed a Battalion. That means less in 9th edition compared to previous versions, but psychologically it's an achievement; I've got 2 HQ choices, 3 Troop choices plus sundry other units so know I can spin off in all sorts of directions.

This is my fighty squad, led by a Plague Champion rocking a Power Fist. 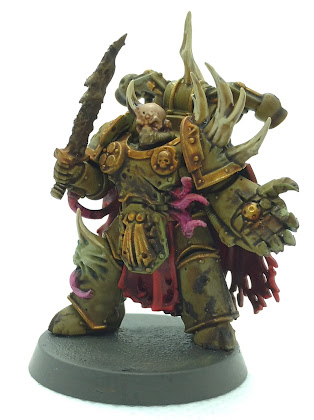 I've gone for one of each Melee weapon. The Plague Flail: 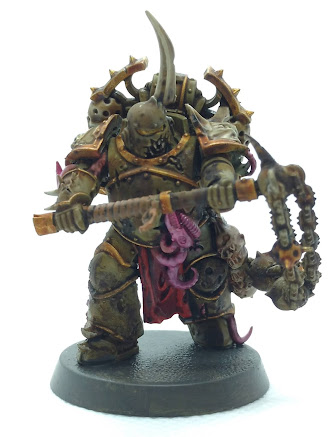 Big gribbly axe/chopper thingy. I like the use of the tentacle for extra grip! 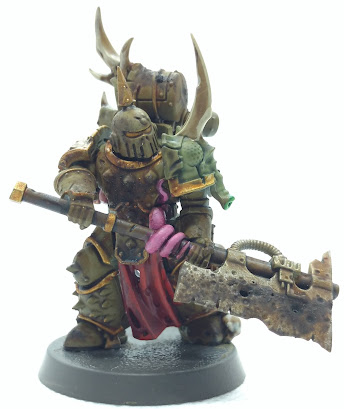 And the choppy axe/smashy mace combo. I'm not sure the various extra mouths count for more attacks, but they should. 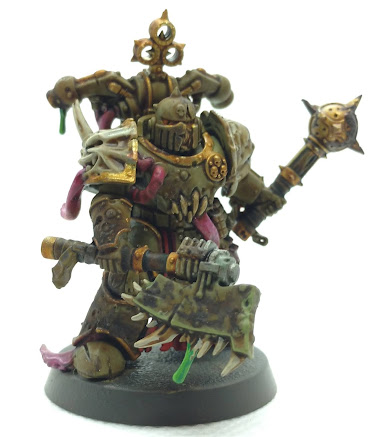 The remainder of the squad are armed with bolters and plague knives. They are there in part to provide ablative wounds, but aren't too shabby in melee with 2 attacks base and plague weapons. 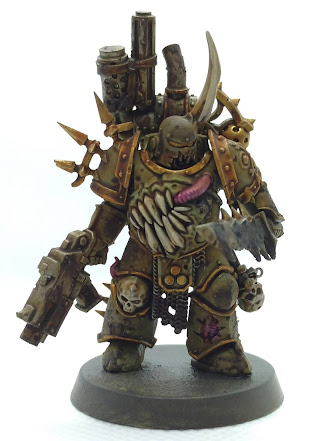 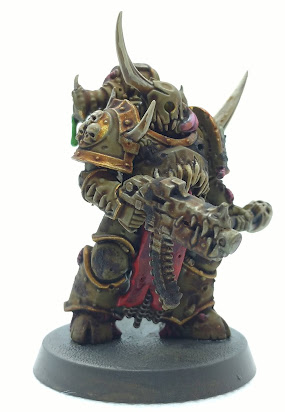 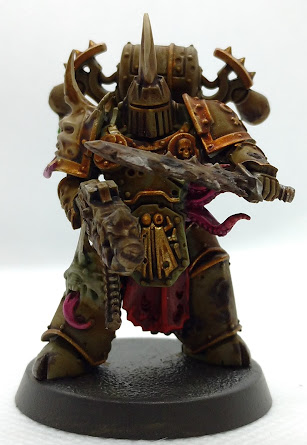 Next on the painting desk are a couple of characters; the Death Guard make extensive use of support characters to buff their units so this seems like a sensible way to extend the project. I'll report on progress in a future post.
Posted by Bryan P. at 20:59