Welcome back to the Vault! Apologies for the lack of posting recently; I've been suffering with a yucky cold, and haven't had the motivation to blog. I'm well on the road to recovery now, and have enjoyed some D&D with the usual suspects and been building and painting some models.

I've been watching some YouTube videos covering Oldhammer models and paint schemes which have been quite fun to watch, and I nearly pulled some old school minis to paint. However, a level of sense prevailed and I've continued with the Iron Warriors instead.

I like to include "iconic" units in my forces and nothing says "Iron Warriors" more than Obliterators and Artillery. To cover off the first are a pair of Obliterators. 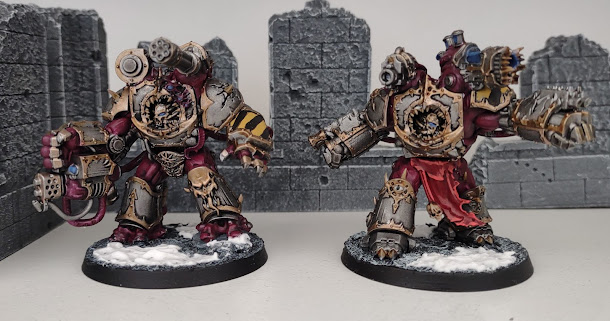 These models are from the Start Collecting set, and originally appeared in Shadowspear with the Phobos Marines (I think!).
One of my earliest 40K memories was seeing Obliterators stomping up and down the tables at First Founding when I first started playing there, and thinking they were very cool! What's not to love about techno-virally infected terminators who can morph different types of guns at will?
Here are some more shorts of the Obliterator #1 (I need to name them really). 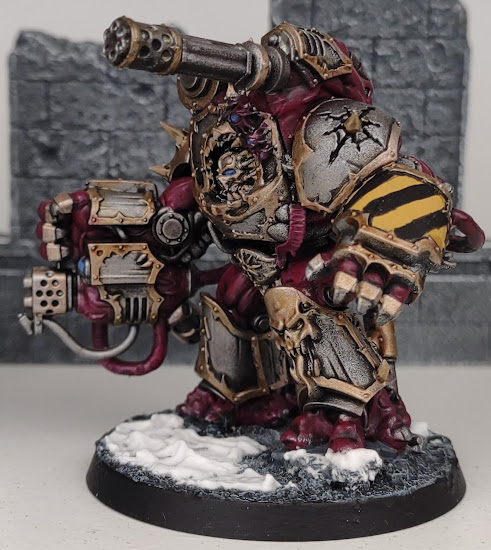 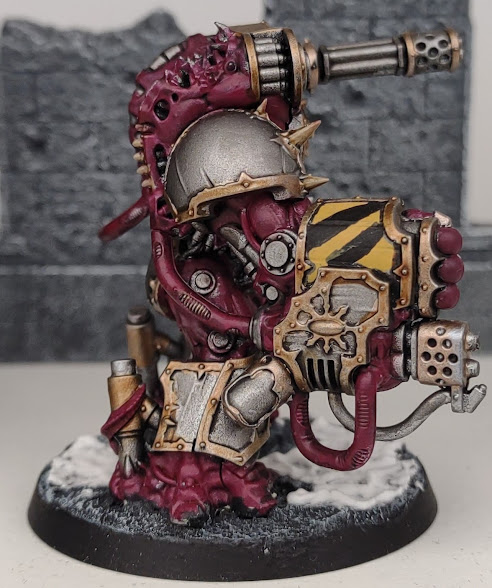 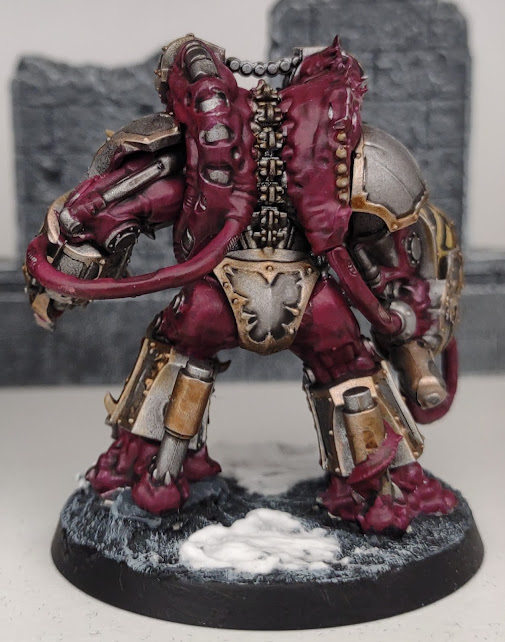 I really like the sculpts, although with this level of Chaos mutation I'm surprised the Death Guard don't get access to the unit (unless a techno-virus isn't natural enough for Papa Nurgle?).

I think Obliterator #1 is tooled up for anti=infantry duty with his chain gun and heavy flamer. Obliterator #2 is set for anti-tank with his melta guns and plasma (and capping a few mooks with his bolters)! 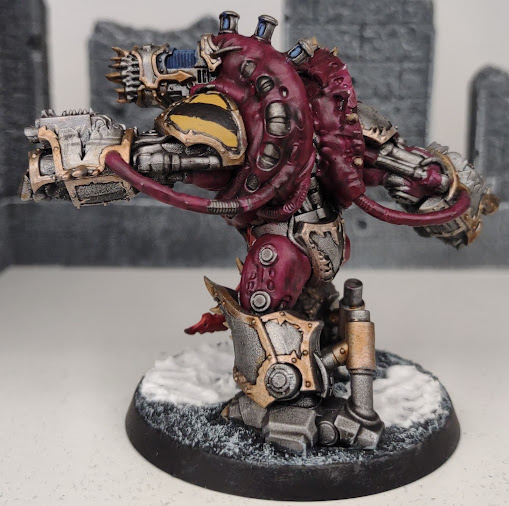 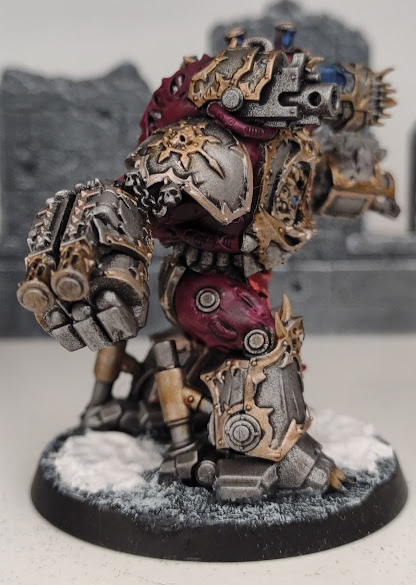 I'm looking forward to finally getting to play the Iron Warriors; GW have been teasing the new Chaos Space Marines Codex, so fingers crossed it will be available soon. I have a Warhammer World trip planned for a few weeks time; it would be fantastic if it coincided with the Chaos release weekend; will the Ruinous Powers favour the trip?
Posted by Bryan P. at 20:23