Welcome back to the Vault! Hobby time has been somewhat limited this week with Real Life rather rudely intruding, however the gang did play D&D on Friday evening, and I've had a tidy up of the gaming cave which is rather therapeutic if nothing else.

I thought I'd share another unit for the Iron Warriors I completed some time ago. I like my armies to feature iconic units, and for Iron Warriors that's got to include Daemon Engines, Obliterators and Havoks.

Let's strike something off that list; a fearsome Mauler Fiend Daemon Engine! 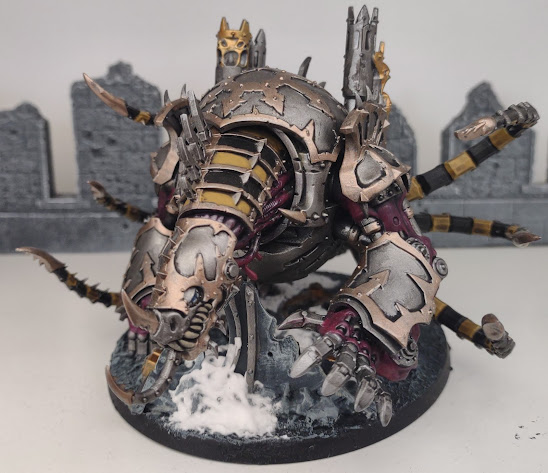 This model was part of the Chaos Space Marines unit selection in Eldritch Omens, and he was a lot of fun to build and paint. I had to paint the beast in sub assemblies (main body, sets of tentacles and base) as there's quite a lot going on.
Regular readers may recall that my Iron Warriors are an addition to a collection I picked up in a local charity shop; I'll share some pictures of them in the future but I think I've done a good job in repeating the original paint scheme.
I'm particularly proud of the scenic base; I can imagine Ripper (yes I've named him) having loads of fun tearing chunks out of the Imperial building he's now standing upon. 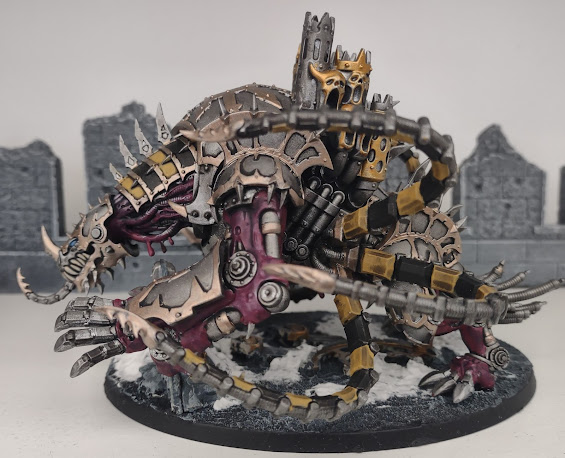 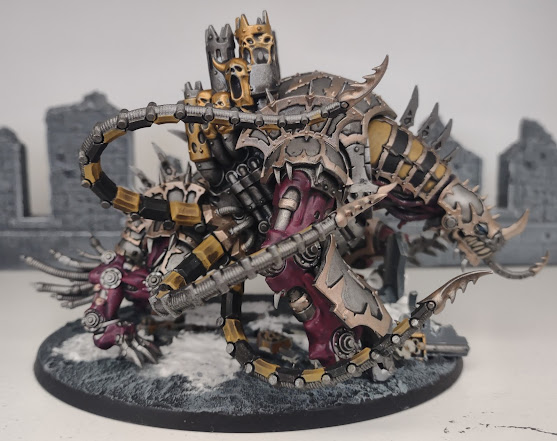 With a new Codex on the horizon I have no idea how effective Ripper will be; I just build him with what I think is the coolest set of options (going full Doc Ock with the tendrils).
There is lot of trim which seems to be the case on most Chaos models; however having painted Death Guard which has a lot of trim plus cancerous flesh plus drippy bits the regular Spiky Boys don't seem as daunting. 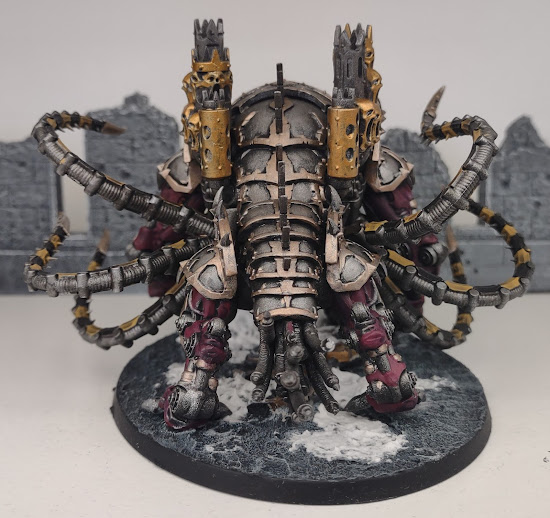 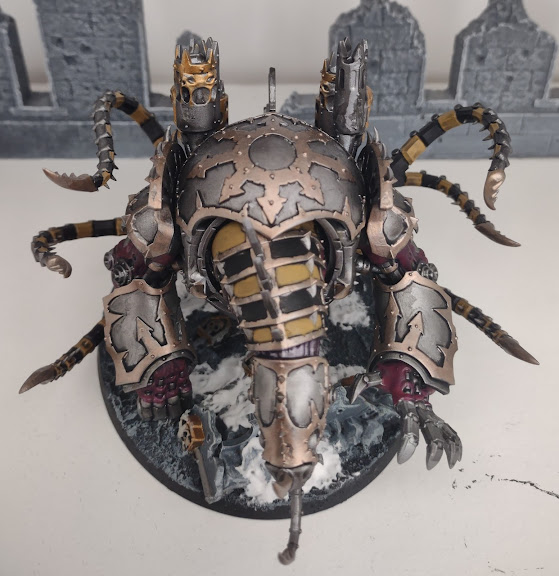 There's a bank holiday tomorrow. I'm hoping to be able to crack out the paints and start on the next unit for the Iron Warriors. I'll report on any progress I make.
Posted by Bryan P. at 17:26