Welcome to the Vectorium! This week's hobby time has been spent in further dalliance with the Death Guard. Having previously painted a test Plague Marine I thought I'd try the colour scheme on a vehicle. I decided to paint up one of the Easy To Build Myphitic Blight-Haulers as these are comparatively small models (for vehicles at least). 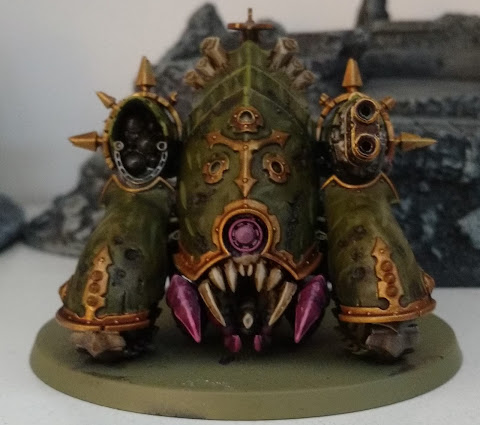 I'm pretty pleased with the results, and I think the scheme will be easy to replicate across a number of models for consistency. 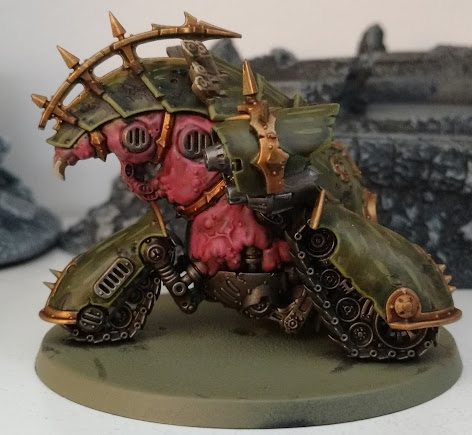 Fun mix of armour plating, spiky metallics and wobbly gribbly fleshy bits! The Blight-Hauler is a "Daemon Engine" which means it's a demonically-possessed War Machine, armed to the teeth with a deadly Multi-Melta, Missile Launcher and ironically gnashy teeth. 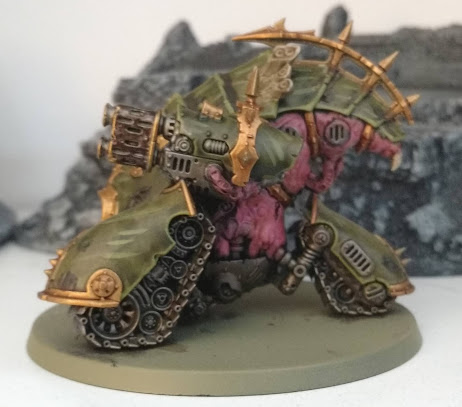 I've also been doing some background reading as I'd like to have some fluff for my fledgling force. I like the idea of my Death Guard force being the retinue of a mad Apothecary/Chemist who brews up horrendous new illnesses and tests them across the battle field using Daemon Engines to discharge his mad concoctions upon his unsuspecting victims!
I'll leave you with the end of the Blight-Hauler (he needs a name), but this won't be the end of my Pestiliential Painting. Next step is to consider a basing scheme. 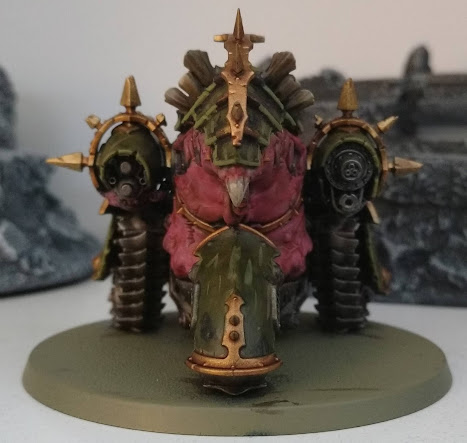