The big day is almost upon us! Mayhem 2018 (First Founding's summer 40K tournament) is being held next Saturday, and I will be there with the mighty Kabal of the Sand Viper (as I failed miserably to get the Carcharodons Astra finished in time). As is becoming something of a tradition on the Vault I like to do a pre-tournament post and there will be a post tournament post in due course). 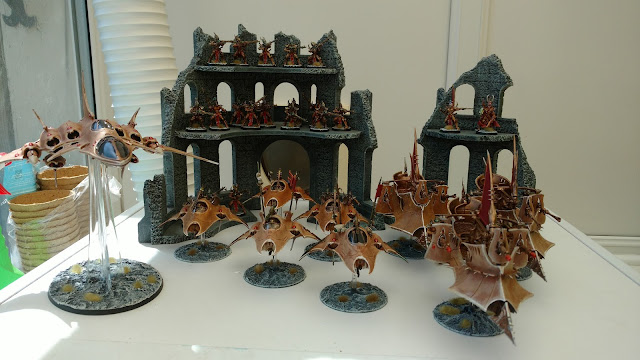 And another part of the tradition; the unveiling of the army list: 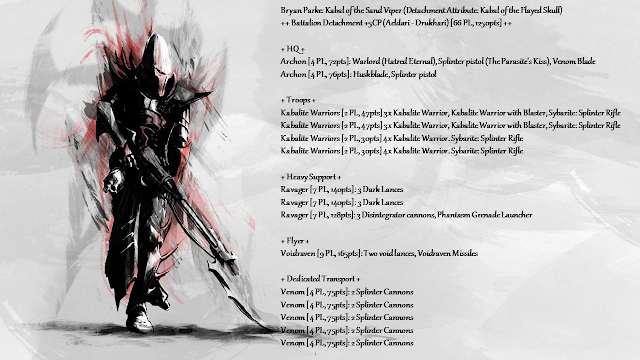 It's very similar to my Octoberfest list, but the publication of the Dark Eldar Codex with corresponding points reductions has meant I can squeeze a couple more units in. And I have Relics and Stratagems to play with. Yay!

New additions hobby wise have been minimal; the Archon (who I have posted pics of over the last couple of posts), a new flying stand, and some funky objective markers I'm quite pleased with (Kabal of the Flayed Skull Decals, and some spare dice from Gangs of Comorragh): 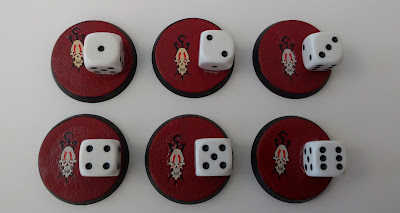 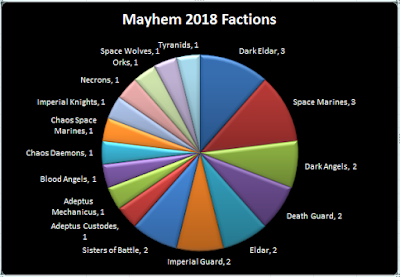 There is a really big spread of Factions (which is fantastic news as it means less chance of "repeat" games). What is very interesting  is a comparison with the Octoberfest 17 factions: 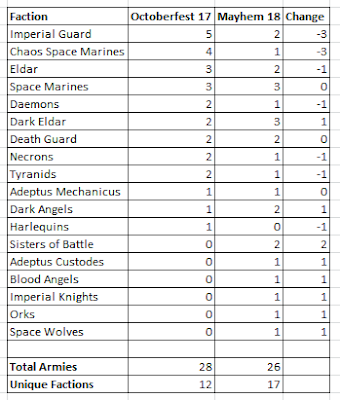 Now some change in factions is to be expected as different players are attending the two events, but the big stand out is the drop in Guard and Chaos Marine players. The Guard Codex was the new "hotness" last October, and I think that drove the popularity at the event. I'm unsure as to why there is such a drop in the Heretic Astartes numbers, possibly the Codex hasn't aged as well over the last six months?

What do I think will do well at Mayhem? Tough question as I don't know who is playing what army (and we have some players who do well regardless of their list), and there are a bunch of factions represented that I haven't played against. But I won't let that stop me making some predictions:


Having said all that, my pound to win goes to Sisters of Battle. They are amazingly strong this edition (even with out Celestine causing trouble); it's the relative scarcity of their players that means they haven't raised their profile higher.

Let's see who bundles their way to the top of the pile in a weeks time!
Posted by Bryan P. at 13:26