Welcome back to the Vectorium! The summer of Chaos is truly upon us; the Chaos Space Marine Codex is finally here, and I've been poring over the book. There are some juicy looking datasheets and I've already started on the next round of model building.

Next weekend I'll be playing as part of Team Chaos at First Founding's campaign day, using my Death Guard. Much as I'm looking forward to playing the Iron Warriors I want to get some practice games in before I take them to an event.

I will be taking some new units to the event; the Plague Surgeon will finally hit the table top, and the Chaos Spawn have been completed.

I don't know how useful they'll be on the table top but they have been fun to paint and look absolutely bonkers.

The models didn't need much work; mainly picking out some details and basing. 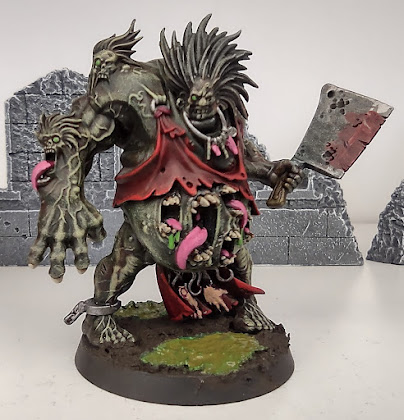 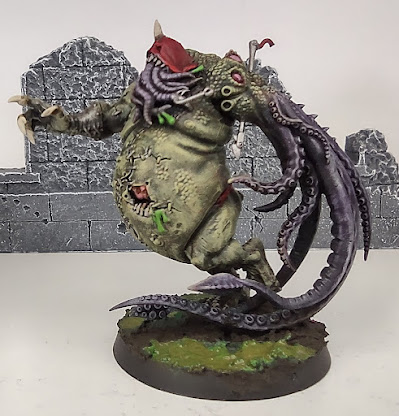 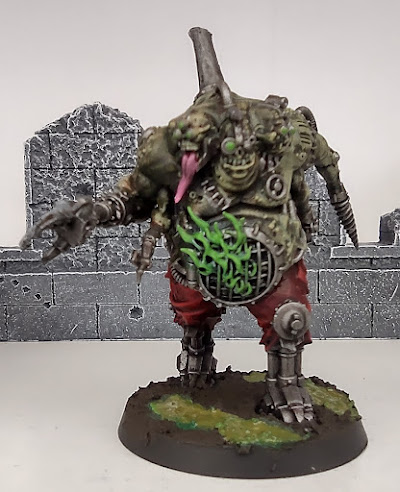 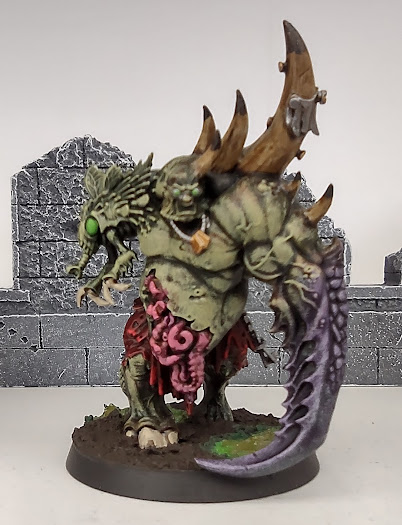 "Promethium" Pete (the event organiser) has asked everyone to name their Warlord and write up a bit of a back story. This fluff comes after a multi player game where I teamed up with Dave's "Creations of Bile" force.
Malignus Trudge, Arch Contaminator of The Wretched Plague Company viewed the other Lords of the various warbands assembled for this invasion with barely concealed scorn. The Wretched had recently cooperated in a similar endeavour with that worm Fabius Bile, which had resulted in the mad scientist scurrying from the battlefield after his "Creations" had all fallen. Hardly the fearsome weapons he had claimed!
Malignus smiled; his forces had claimed samples of Bile's work from the field and improved upon it in their Vectoriums. The result was a virus which made it's victims grow, mutate and go insane with rage before erupting and passing the contagion on to any hapless victims nearby. Now was the time to unleash *his* virulent Creations upon the Battlefield!
The campaign day should be a lot of fun; we'll see how well Malignus's forces fare in a future post.
Posted by Bryan P. at 19:41