Welcome back to the Vectorium!  I received an invitation to play Kill Team (2018) at First Founding with Neil and Kanan, so I decided to bring along the Death Guard. I like to use a gaming event as an excuse to paint a model or two if possible, and so this was the perfect opportunity for a new Plague Marine to join the roster.

I've had the Series 3 Heroes in the pile of opportunity for a while, so these were the ideal candidates to choose from. I have plenty of shooty and choppy Plague Marines painted, but none with the infamous poo cannons; so the mighty Morslug was selected for duty! 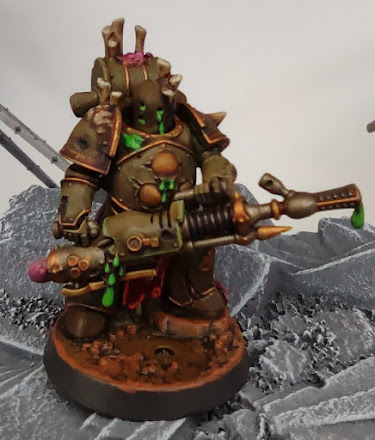 I love painting the Death Guard models, and Morslug was no exception. Working on an individual model is a nice change of pace as well, given quite how much trim there is to paint on the Plague Marines. 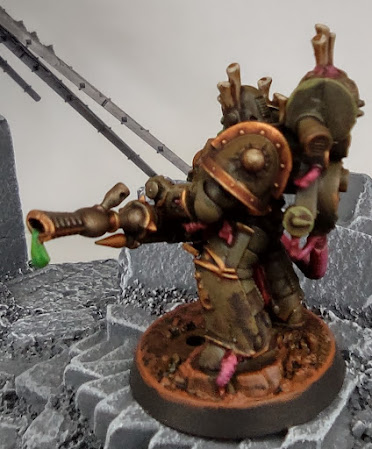 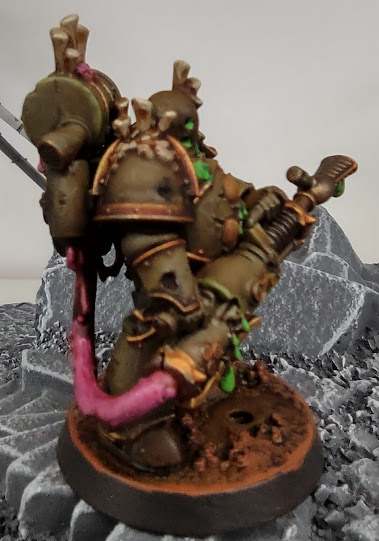 Astute readers will have noticed the small hole in the base; that's for a Nurgling. I haven't decided whether I'll add him or save the cheeky chappy for another time. If the latter I'll need to add something to sort the base out. 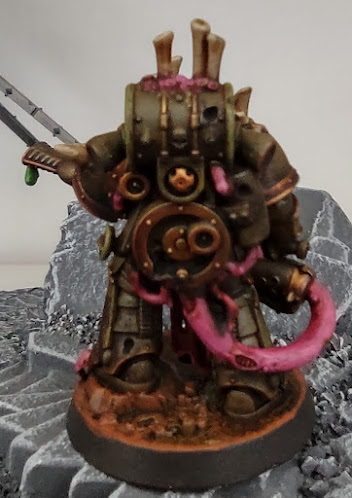 I've also started another couple of Death Guard models; a Plague Surgeon (who is sooo much fun to paint), and my tentacley Rhino. These aren't far enough along to share yet, but I will post some pictures when they are complete.

Add this to the Hero Forge project, and a new Frostgrave warband and I've got plenty to keep me entertained over the coming weeks and months!