Welcome back to the Officers Mess.  This year's summer excursions began with a trip to Warhammer World and I've finished my vacation with a hobby session building some of the kits I purchased whilst away.

Warhammer World has a lot to offer a 40K enthusiast like myself; wonderful dioramas and models in the exhibition hall, plenty of gaming space, great food and beer from Bugmans, and of course lots and lots of opportunities to buy new toys.

I had decided to reinforce the Cadian 82nd with a few kits from the Direct Only range, the most important being a new Hell Hound to be added to my Octoberfest list: 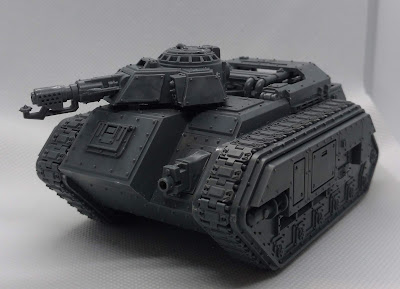 I have been tweaking my Octoberfest list on and off for a couple of weeks now, and I'm fairly pleased with the current version; it's got a couple of unusual units/tricks built into it which I'm looking forward to trying out.

I've also assembled a couple of packs of Easy To Build Cadian Infantry: 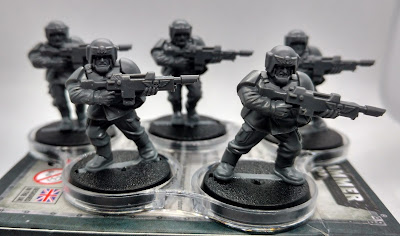 Super quick and easy to build, being two part models; I can see these being very handy for bulking out Infantry Squads and will no doubt feature in the Glazer's Creek game.

I also picked up a couple of the Imperial Guard special characters; the hero of Armageddon, Yarrick: 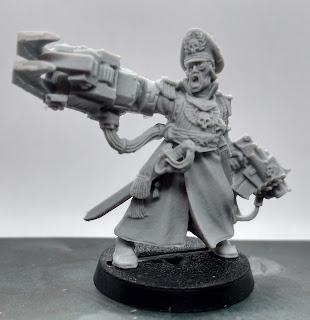 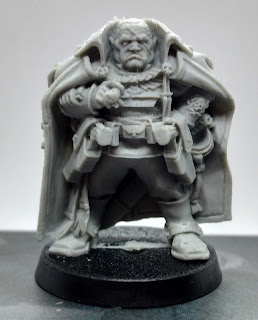 I quite like both these models, particularly the bull dog like Creed.  I don't have any immediate plans to field either of these models on the table top, but Creed is looking quite tasty; 3 Orders per turn at 12" range plus 2 additional Command Points for a measly 20 points more than a regular Company Commander.  If I had the points to spare I'd try and squeeze him into the Octoberfest list!

The reinforcements for the Cadian 82nd were not the only items I returned home with.  I've finally decided to dip my toes into Games Workshop's more "grown up" Forge World models!  These are resin kits (as opposed to the more familiar plastic), and so need more preparation before assembly.

So having set up a production line to wash, scrub, rinse and dry pieces to remove releasing agent, I've had a fun time assembling a Deredeo Dreadnought: 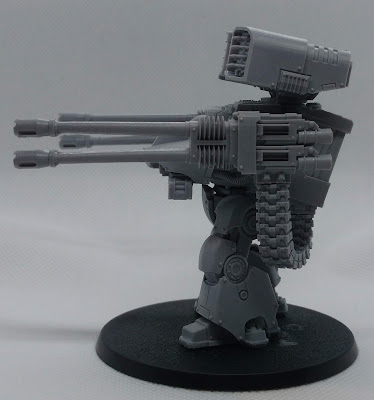 I found assembling the model a fun challenge; the resin is a very different material to work with, but the instructions were clear to follow and there was no issues/flaws with the pieces.  I won't get round to painting this chap for a while, but I think he'll be joining the ranks of my Space Sharks.

Next up on the painting queue is the Hell Hound and some infantry models needed for the Octoberfest list.  Whilst the tournament is still a couple of months away I want to get these models finished in plenty of time (and of course give myself the opportunity to change my mind!).  Oh and I have a load of models to base as well.  I'll post progress pics as I go along.
Posted by Bryan P. at 21:45