Welcome to the Parade Ground my fellow Officers!  I've finished painting and basing the new units for the upcoming Octoberfest tournament at First Founding, and I thought it would be fun to share a few army pictures.

First up are the characters:


These gents lead the following forces:

The army list comprises a Cadian Battalion and a Cadian Supreme Command Detachment.

The Battalion has 3 Infantry Squads and a Scion Squad in the Troop slots:

The Infantry element is rounded out with 2 Mortar Squads: 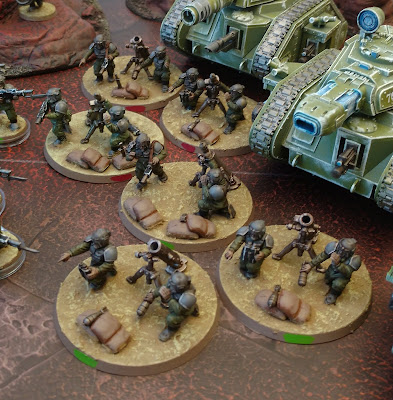 The list is light on bodies, as I've spent the majority of points on tanks!  I've seen a couple of "Tank Company" themed lists at the club tournaments before and I've finally decided to play my own take on it.

First up are a pair of Hell Hounds: 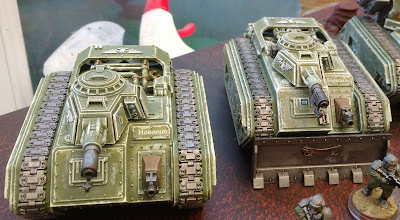 And the Battalion is rounded out with a Hydra: 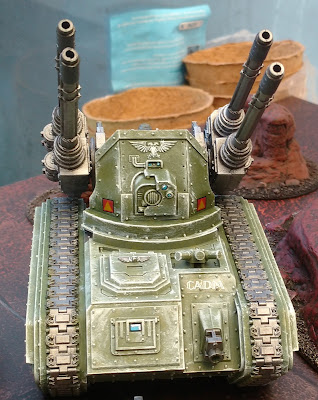 There are three Leman Russ Tank Commanders in the Supreme Command detachment, one with the Relic Battle Cannon, and 2 Plasma Executioners: 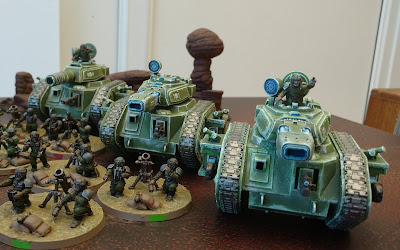 The army list makes use of two Vigilus Specialist detachments (the Battalion is an Emperor's Wrath Artillery Company, whilst the Supreme Command is an Emperor's Fist Tank Company).  The latter is fairly easy to understand as it unlocks the Hammer of Sunderance Relic, plus a couple of useful stratagems.

I've also invested a 3rd pre-game CP to take a second Relic (the Relic of Lost Cadia) to give me some freebie re-rolls.  Here's the overall list: 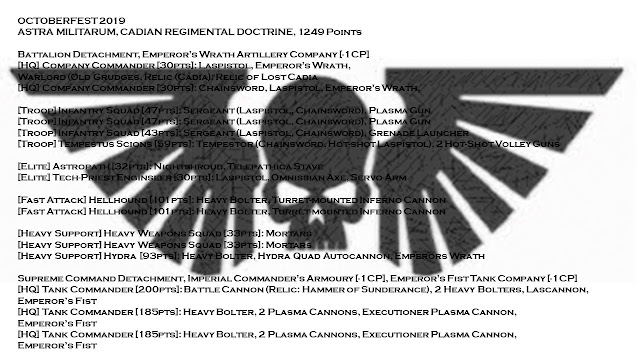 The tournament pack has two Maelstrom of War missions in it, so I've painted a simple set of themed objective markers: 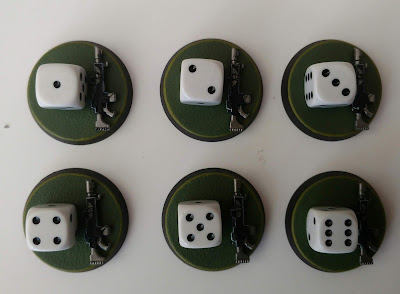 So that's it; all ready for Octoberfest. I just need to don the tin hat and head to the front line; an After Action Report will be issued in due course.